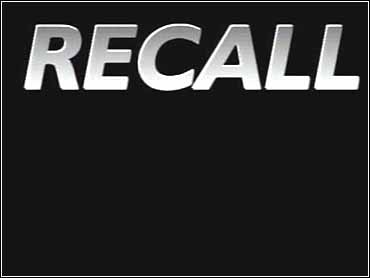 A meat plant is recalling 14.5 million pounds of meat and poultry products that may be contaminated, the U.S. Department of Agriculture said.

Brand names for the recalled products are: Bar-S, Bar-S Extra Lean, Coronado, Chuck Wagon, E-Z Carve and Thrifty. Products affected by the recall have an establishment number of 471 or P-471 on the side of the package, signifying it came from the Clinton plant.

The meat was distributed to retail stores, delis and other outlets nationwide and in Japan, Korea, Mexico, Puerto Rico and the South Pacific, the USDA said.

The bacteria, which sometimes causes infections in pregnant women, newborns and elderly people, was detected in a sample of sliced ham taken from the plant on March 19.

Contaminated meat had also been found in November and December. The plant was closed on March 29, and 400 workers were laid off.

"We have no idea when it will reopen," said Tom Weinman, vice president of administration for Bar-S Foods. "We are bringing in outside experts to see what improvements may be made."

He said meat was destroyed after the contaminated samples were found, and there is no evidence that contaminated meat left the plant. There have been no reports of people getting sick from eating the product, he said.

The source of the contamination has not been found.

"Because of the potential for foodborne illness, we urge consumers to check out their refrigerators and freezers to see if they have purchased any of these products," FSIS administrator Thomas J. Billy said.

Billy said any recalled products should be returned to where they were bought.

The Centers for Disease Control in Atlanta said Listeria monocytogenes can cause an infection called listeriosis, which is one of the rarest food-borne diseases but one of the most serious.

Although rarely contracted by healthy people, listeriosis can cause high fever, severe headache, neck stiffness and nausea, the USDA said. It can also cause miscarriages and stillbirths, the agency said.