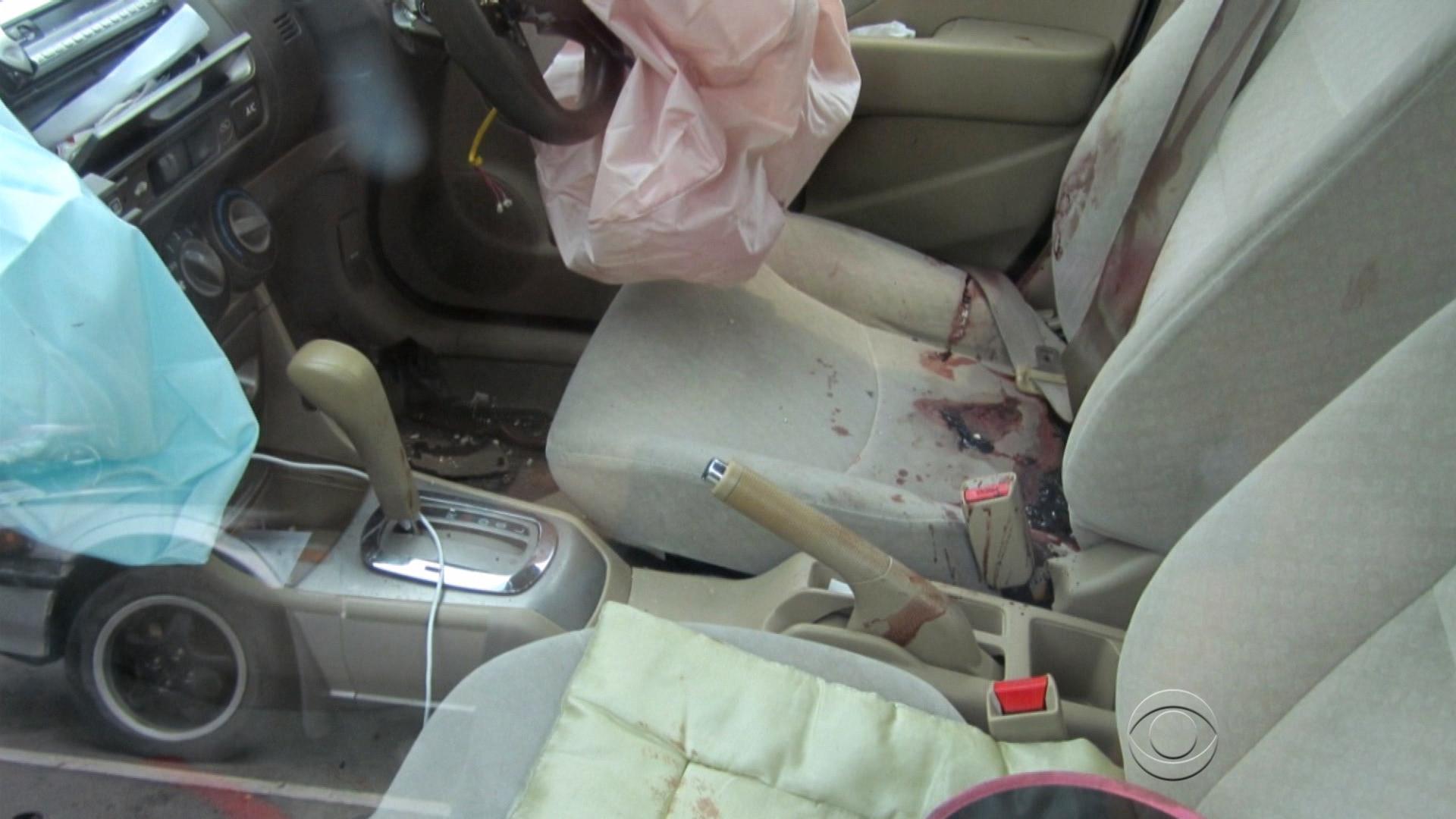 At last count, there were more than 135 million cars on the roads of America. The government announced Tuesday that one out of four is being recalled because of potentially deadly airbags. That's 34 million vehicles, the largest auto recall in U.S. history.

The airbags are blamed for five deaths and more than 100 injuries. They were made by Japan's Takata Corporation.

"Up until now, Takata has refused to acknowledge that their airbags are defective," said Secretary of Transportation Anthony Foxx. "That changes today."

After months of prodding, Foxx said Takata finally gave in, agreeing to this record-setting recall.

The National Highway Traffic Safety Administration (NHTSA) believes that moisture from humidity leaks into the airbag's inflator, changing the properties of the chemical used to inflate the bags. When this happens, the explosive force can rupture the metal casings sending shrapnel flying through the vehicle. Why this is happening officially is still not clear.

"Takata still has not identified the root cause of the defect," said Foxx. "But we cannot let that delay our actions that we're taking today."

Three years ago, Angelina Sujata was driving a 2001 Honda Civic when she was involved in a crash at just 25 miles an hour. Her Takata airbag exploded. One piece of shrapnel from inside the airbag flew out her windshield. The other ripped into her body.

"I had a hole in my chest clear enough to see the bone to the bottom," she explained. The problem back then, no one believed her. "Everyone kept telling me airbags don't do that. The problem is these ones are and that's not alright and that's not okay."

Kevin Dean is now her attorney.

"This is the absolute worst automotive products liabilities defect we've ever seen," said Dean. "Ever."

It is a problem Takata and Honda have known about since at least 2008 when Honda issued its first recall for 4,000 Takata airbags. At the time, the companies blamed it on manufacturing problems.

Dean is suing Takata and Honda on behalf of his clients. He hired forensic engineer Bill Williams to try to discover a cause.

Dean and Williams have been documenting their testing. So far, of the 100 airbags they've tested, three have ruptured. In slow motion videos capturing some of these ruptures you can see shrapnel flying in a driver's direction.

Williams agreed that if someone were sitting in one of these vehicles and the airbag goes off, they don't know what they are going to get, it could be safe, it could be essentially a grenade. "Exactly," he said.

On Tuesday, NHTSA said it could be days before they know all the vehicles affected.

Takata said Tuesday: "We are pleased to have reached this agreement with NHTSA" and said it presents a clear path forward to restoring trust and safety, even though they still don't know the root cause.

NHTSA believes drivers can still use these impacted vehicles but once the official list is out, they should get those vehicles fixed as soon as possible.