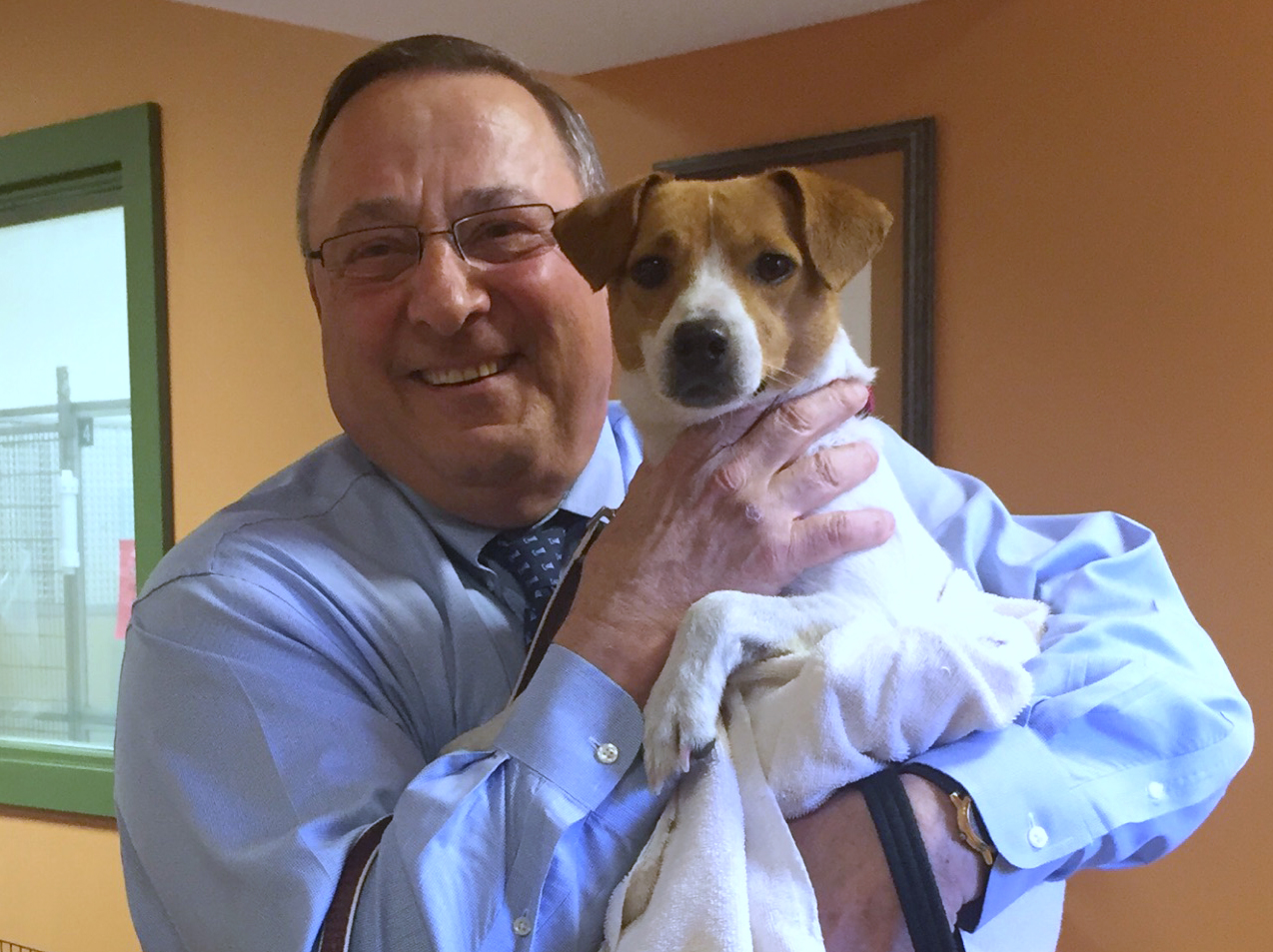 LePage, who has earned renown for exercising his veto pen on bills he didn't like, adopted a Jack Russell terrier mix from a shelter. His family's previous dog, an 11-year-old Jack Russell named Baxter, died in late March.

The governor stopped by the Greater Androscoggin Humane Society on Tuesday to see what dogs were available for adoption and was happy to find the brown and white dog from Louisiana, shelter operations manager Zachary Black said.

"It was just luck," Black said.

The governor's office announced on social media that he and first lady Ann LePage "are very excited to welcome their newest addition to the family."

LePage has vetoed hundreds of bills, more than any other Maine governor.

Last month, he vetoed a bill to allow people to buy a lifesaving drug overdose antidote without a prescription, saying it would've created a sense of normalcy around heroin use. He also vetoed a funding fix the state Legislature approved for the Maine Clean Election Fund, saying resources for election cycles are spent during previous cycles and the bill would exacerbate the funding problem by a half-million dollars.

LePage chose the name Veto because his pet "is the mascot of good public policy, defender of the Maine people and protector of hardworking taxpayers from bad legislation," his spokesman Peter Steele said.

Steele joked that the governor is going to train the dog to deliver vetoes from his office to legislative leaders.

Baxter, the first family's previous dog, enjoyed greeting guests at the Blaine House and even had a blog and social media presence.

Baxter once posted online that the governor has a soft spot for rescue dogs because he was homeless as a boy: "Someone very kind took him in, gave him shelter and love. And guess what? That's just what governor LePage did for me."