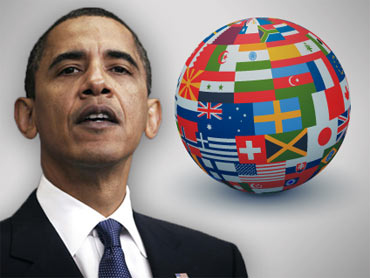 Motivated by the murder of a mail-order bride, members of Congress are drafting a bill that would enable foreign women seeking American husbands to learn the criminal background of men courting them through matchmaking agencies.

The legislation, expected to be introduced this month in the House and Senate, represents the most serious effort yet to impose federal oversight over a loosely regulated, Internet-based industry.

The measure's prime sponsors are Sen. Maria Cantwell and Rep. Rick Larsen, both Democrats from Washington state, where 20-year-old Anastasia King, a mail-order bride from Kyrgyzstan, was killed in September 2000.

Her husband, Indle King Jr., was convicted last year of first-degree murder. He had divorced a previous foreign bride and was seeking a third before the killing.

Larsen anticipates bipartisan support for the measure, though he is unsure how matchmaking services will respond.

"Cases like Anastasia King's have given the mail-order bride industry a bad name," he said. "I'd think they would support any steps to ensure they're looked at more favorably."

The legislation would require international marriage brokers to ask clients about any criminal record, including protective orders issued because of domestic violence allegations. Indle King's first wife had obtained a protective order against him in 1995.

The client's information would be provided to women contemplating marriage with him. If the man then applied for a U.S. visa for a prospective bride, he would undergo a criminal background check by federal officials.

No firm statistics exist on the extent of abuse suffered by mail-order brides, or even the numbers of such women. In the most recent attempt to quantify the industry, immigration officials said in 1999 that more than 200 international matchmaking services operated in the United States, arranging 4,000 to 6,000 marriages annually between American men and foreign women, mostly from the Philippines and former Soviet Union.

Leslye Orloff, director of the NOW Legal Defense Fund's Immigrant Women's Project, said some mail-order marriages work out well, but others are "a recipe for disaster" because the man is seeking a submissive wife.

Such a pitch is offered by the Chance for Love matchmaking service. "The Russian woman has not been exposed to the world of rampant feminism that asserts its rights in America," its Web site says. "She is the weaker gender and knows it."

Fees paid by male clients to the matchmaker services vary widely; costs can climb into five figures when the men go on organized trips to such destinations as Ukraine or Russia.

Encounters International, a Bethesda, Maryland-based service, charges men $1,850 for access to addresses and phone numbers of several hundred women in the former Soviet Union whose photos are posted on the Internet.

The agency's founder, Russian-born Natasha Spivack, said she had no objection to mandatory background checks, but predicted abusive men would still find ways to get a foreign wife.

Spivack contended that male clients, not the women, are the most likely to be victimized in mail-order marriages. Some women, she said, enter such marriages solely to gain U.S. citizenship, then falsely complain of physical abuse as a ploy to remain in America despite divorce.

"Some of these women are sharks," she said.

Since 1993, Spivack says she has helped arrange 300 marriages, roughly 90 percent them still intact. Among the contented couples are Frank Hardy and his Ukraine-born wife, Svetlana, who married in 1998 and now raise two sons in Bear, Delaware.

Svetlana said she knows of several women from the former Soviet Union whose brokered marriages failed because of personal differences but none who were physically abused. Her husband, a twice-divorced pilot, said he assumed some foreign brides are mistreated but doubted the problem is widespread.

"A guy is not going to grab a young woman in Russia to bring here just to beat up," he said. "He's got a lot of money tied up in it."

Advocates for immigrant women's rights acknowledge that statistics are scarce on abuse of mail-order brides, but they're convinced the problem is growing.

"We called legal service providers that help battered immigrant women--half of these organizations said they have women coming through their doors who were married through international marriage brokers," said Layli Miller-Muro, executive director the Tahirih Justice Center in Falls Church, Virginia.

The justice center has been deeply involved in work on the upcoming federal legislation. It also is assisting a Ukrainian woman who has sued Encounters International, claiming the agency falsely suggested she would be deported if she left her abusive husband.

"Our goal is not to shut the marriage agencies down, it's to protect women," Miller-Muro said. "When someone is marketing relationships that by design involve a dominant party and subservient party, the likelihood of violence is greater."