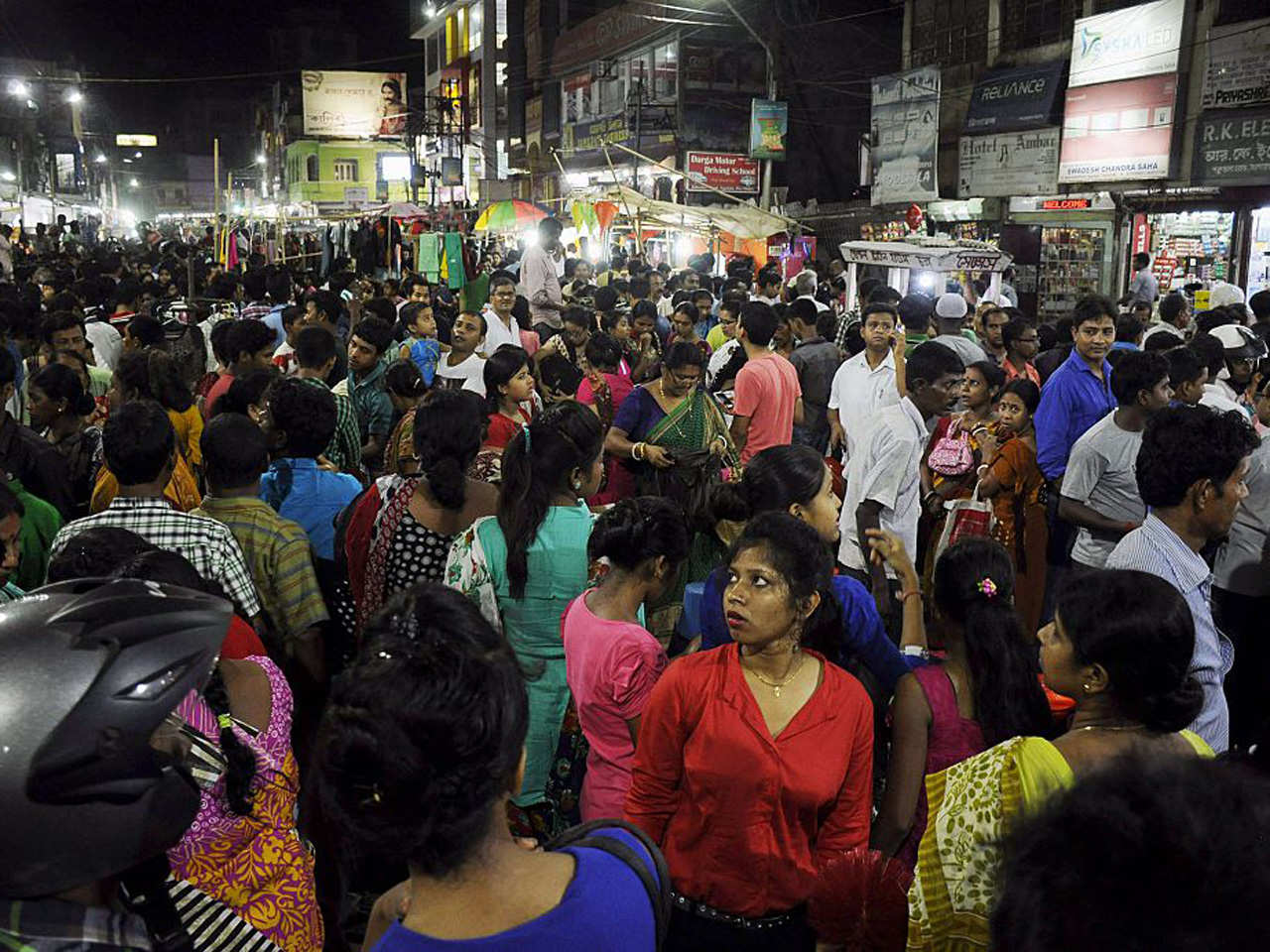 YANGON, Myanmar - A strong earthquake struck Myanmar on Wednesday night and was felt in parts of eastern India and Bangladesh, causing residents to rush out of their homes in panic. There were no immediate reports of injuries or damage.

The magnitude-6.9 quake struck at a depth of 135 kilometers (84 miles), 396 kilometers (246 miles) north of Myanmar's capital, Naypyidaw, according to the U.S. Geological Survey.

Residents in Myanmar's main city of Yangon panicked after the quake struck, but authorities there said there were no immediate reports of injuries or damage.

An Associated Press journalist who was in a hospital in Yangon at the time of the quake said the six-story building shook strongly twice, for at least a minute. Many people in the hospital, including patients, staff and visitors, ran out of the building and began calling their loved ones.

"I was sleeping on my bed when suddenly I felt the ground shaking. The first time it was intense, but the second time it was lighter," said Aung Thu, 25, who has been spending nights at the hospital to take care of his elder brother. "I had experienced this kind of earthquakes before, so I was not that scared. But I was concerned because my brother is ill, and I need to take care of him."

He said he was on the third floor of the Shwegonedine Specialist Center hospital, and as soon as he felt the quake he called his wife and son to tell them to be "prepared for the worst."

The quake was centered in the jungle and hills around 220 kilometers (137 miles) northwest of Mandalay, Myanmar's second-biggest city. While the area is prone to earthquakes, it is generally sparsely populated, and most houses are low-rise structures.

The tremors were felt in the eastern Indian states of Assam and West Bengal, including in the area of Assam's Kaziranga National Park, where the Duke and Duchess of Cambridge are visiting during their royal tour of India.

"We felt the tremor very strongly, but all is fine," said British Deputy High Commissioner Scott Furssedonn-Wood, who was staying in the same 12-cottage jungle resort as the royal couple.

The royal couple are spending the night in the park area, and are scheduled to leave for neighboring Bhutan on Thursday.

A failure at a power station in eastern Assam caused outages in several parts of the state.

In Assam's capital, Gauhati, people rushed outdoors as they felt strong tremors and buildings swaying. Cellphone services were disrupted, and wall-mounted television sets crashed to the ground at a local TV station. Police said they were still assessing the situation.

Residents in Kolkata, the capital of West Bengal state, ran out of their homes in panic as the earthquake hit the region, but there were no immediate reports of injuries or damage.

Villagers in Tusom, near the Indian state of Manipur's border with Myanmar, said the earthquake felt weaker than the magnitude-6.7 quake that rattled the region on Jan 4, killing eight people and damaging about 2,000 homes. Wednesday's quake was also felt in Manipur's capital of Imphal.