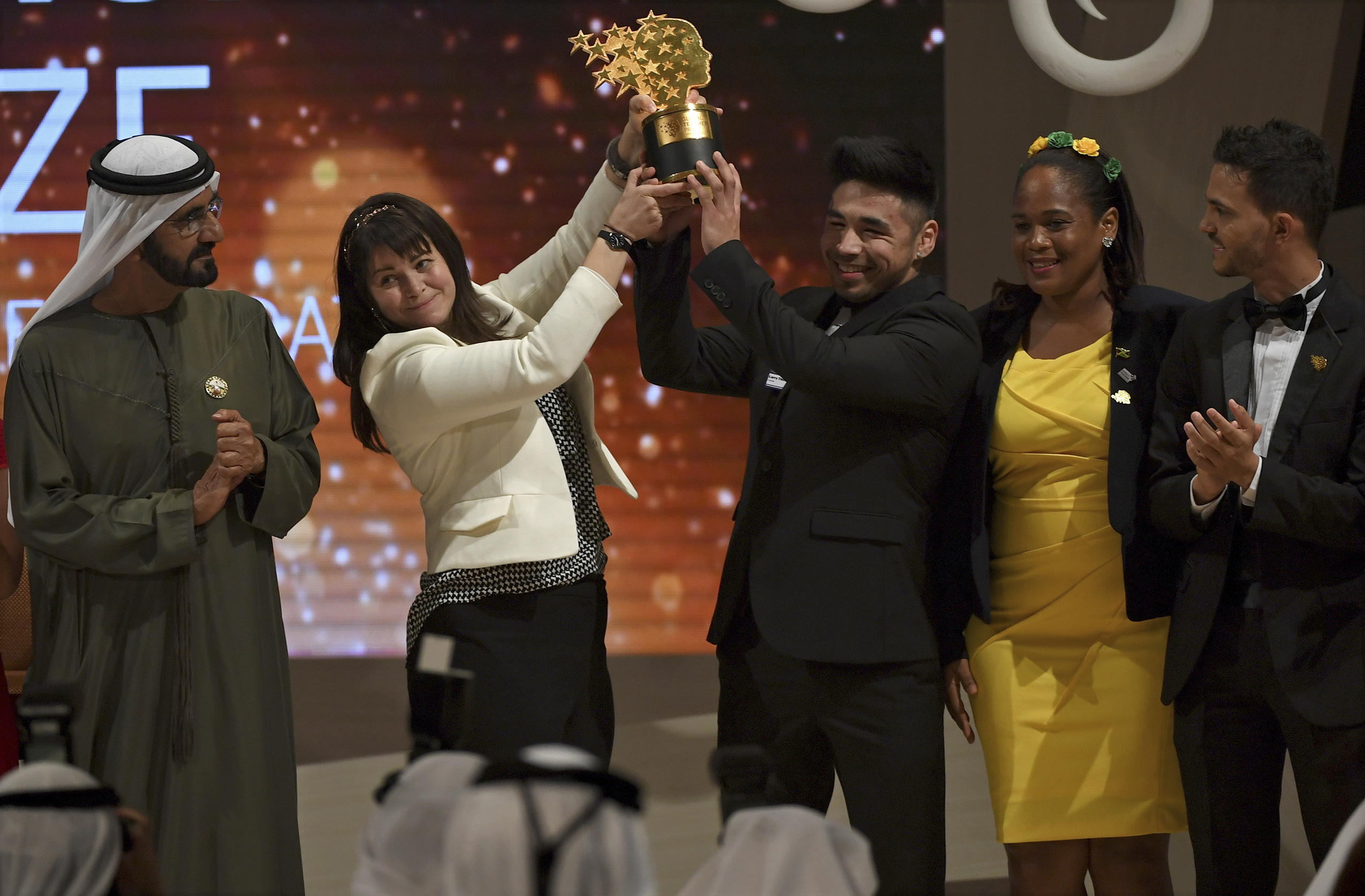 DUBAI, United Arab Emirates -- A Canadian school teacher who encourages hope and acts of kindness in an isolated corner of Quebec won a $1 million prize Sunday in what has become one of the most high-profile awards for teaching excellence.

Maggie MacDonnell was awarded the annual Global Teacher Prize during a ceremony in Dubai, United Arab Emirates, beating out thousands of applicants from around the world.

She has worked for the past six years in a remote Arctic village called Salluit teaching middle and high schoolers. According to her biography, Salluit is home to the second-northernmost Inuit indigenous community in Quebec, with a population of just over 1,300, and can only be reached by air.

Speaking to The Associated Press after her win, MacDonnell said she plans to use the prize money to continue helping the community in Salluit by establishing an environmental stewardship program to reconnect youth with many of their cultural traditions.

She said she hopes the award brings attention to the indigenous communities of Canada and “ideally that they be treated with the dignity that they deserve.”

Her perseverance to continue teaching in the remote area, where many teachers leave their post midway through the year, made her a standout for the award. MacDonnell created a number of programs for boys and girls, including job mentorship and funds to assist with healthy meals. Her approach focuses on encouraging “acts of kindness,” such as running a community kitchen and attending suicide prevention training.

Dubai ruler Sheikh Mohammed bin Rashid Al Maktoum was on hand to present the prize to MacDonnell. Her name was announced by French astronaut Thomas Pesquet in a video message from the International Space Station.

The prize was established three years ago to recognize one exceptional teacher a year who has made an outstanding contribution to the profession, employs innovative classroom practices and encourages others to join the teaching profession.

MacDonnell was among many finalists flown to Dubai to attend the ceremony. The top ten finalists included teachers from Pakistan, the UK, Jamaica, Spain, Germany, China, Kenya, Australia and Brazil.

Among her many efforts, MacDonnell also established a fitness center for youth and adults in the local community, where drug use and alcoholism rates are high due to the region’s harsh winters and isolation.

She talked about the 10 suicides that took place during her time in the small village, including six young men between the ages of 18 and 25 in 2015 alone.

“The memory that continues to haunt me is when I see these Canadian teenagers, their very own classmates of the deceased, literally digging the grave,” she said. “I didn’t know until I came to Salluit that that was a Canadian reality.”

The award is presented by the Varkey Foundation. Its founder, Sunny Varkey, established the for-profit GEMS Education company, which has more than 250 schools around the world.

The foundation’s CEO, Vikas Pota, said in a statement that the award aims to shine a spotlight on great teachers and share their stories with the world.