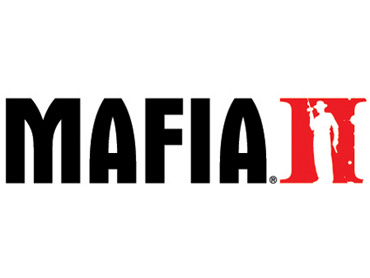 The world of organized crime is a gritty, ruthless and treacherous place filled with unbelievable highs and life-shattering lows - all of which is conveyed with startling accuracy in developer 2K Czech's crime saga Mafia II. But despite a gripping story that continues to leave you looking over your shoulder until the bloody end, Mafia II has some missteps that keep it from reaching its full potential.

Set in the fictional city of Empire Bay during the 1940s-50s, the game has you seeing la cosa nostra through the eyes of Vito Scaletta, a World War II vet who returns from action only to find his family in debt to a loan shark. Vito, the son of Sicilian immigrants, sees no legitimate way to pay back this loan ($2 thousand owed by his deceased father) so he decides to get his hands dirty with the mob.

His lifelong pal Joe Barbaro, an entertaining loose cannon who always seems to find trouble, has connections to the Clemente family - one of three warring factions set on taking control of Empire City. Vito and Joe begin with small jobs (stealing cars, selling heisted cigarettes) but quickly move up the ranks while also switching allegiances between the families.

Mafia II is told with an obvious homage to the number of classic mafia films over the years. Lines from A Bronx Tale and a couple of sequences from Goodfellas are just a few examples of the tributes to the genre. 2K Czech even included a couple of Scorsese-esque montages to further the feeling of being the star of a true gangster flick.

This story is well-crafted and delivered with great care. But in order to do so, 2K Czech decided to remove side missions (and any other distractions) from its beautifully rendered open world. It's a sacrifice that really keeps you invested in the intrigue and suspense of the story but also leaves the player driving from main mission to main mission with little to do (besides avoiding the cops). This choice is understandable because of the engaging story, but it also feels like a tease when you're seeing a large world created with such loving detail that you cannot interact with further.
But one place where 2K Czech did not miss an opportunity to shine is destructible environments. Their Illusion Engine - built specifically for the game - makes shootouts feel intense. Hiding behind cover is a tricky proposition because of this, adding more suspense to the gunplay. Wood splinters, solid structures begin to fragment and cars explode during these well-orchestrated sequences.

The cover system is also solid. Taking cover requires a button press as does leaving it (the latter of which can sometimes feel awkward). The guns themselves are varied enough to easily distinguish one from the other. The shotgun packs a punch - and a substantial kickback - while the automatic weapons spray bullets with less accuracy when holding the trigger for an extended period. Enemies will also react differently depending on the gun they're killed with (Shotguns will send them flying while handguns -other than the magnum - will merely drop them.)

The superb voice acting and varied mission structure are also highpoints. The heavy New York/Italian accents are well delivered and will keep you immersed in the world. The missions also keep you on your toes. Some will ask you to go in guns blazing while others require a stealthier approach.
Keeping a low profile is not too easy in Mafia II. Cops will stop you for excessive speeding (among other crimes) and will take down your license plate number or description depending on the violation. In order to lose this attention, the player can simply bribe the pursuing officers, change appearances or break the officers' line of sight - the latter of which is more in-depth than most other games.

Simply ducking behind a corner won't lose your wanted level because the cops will either remember your car or your appearance. So just because you lost one patrol cruiser doesn't mean another a few blocks down won't reignite the pursuit. This system is very life-like and more challenging than other open-world games. In order to combat this, 2K has afforded Vito a number of options.

Auto body shops can alter your car's appearance (even change the license plate) in order to evade the heat. These repair shops can also provide upgrades (such as engine tune-ups and improved tires) to improve the car's handling. If a shop is too far, you can simply ditch your current car in favor of another, which will stop the cops from seeking out your vehicle but does not help if they have noted your physical appearance.

In this case, a change of clothes is in order. Buying clothes at stores can help get the cops off your back while also giving Vito a bit of style. Dress shirts, suits and leather jackets are available for purchase, but the customization does feel a little light. There is a good variety of colors but all the combinations are predetermined, meaning trying to combine one jacket with a different pair of pants or a hat is not possible.

Another minor gripe is sometimes the camera can feel a little too close to the main character. This only seems to happen when inside a building between action sequences - thankfully not hindering the gunplay. Another hiccup can be the save system. There were many times I accomplished the main objective only to get in trouble with the law on my way to saving my progress. If the auto save would have kicked in right when I finished the job, it would have alleviated much of this frustration.

All in all, Mafia II is an engaging 10-to-12-hour story-driven tale that is well paced. The development team has done an excellent job introducing characters (and a world) who are believable, giving some of the plot twists extra emphasis. When Mafia II is hitting on all strides (story, gunplay, set pieces) it will leave you wanting more in the end.

Mafia II has an M (for Mature Audiences only) rating and is currently available for PlayStation®3, Xbox 360® and Windows PC.