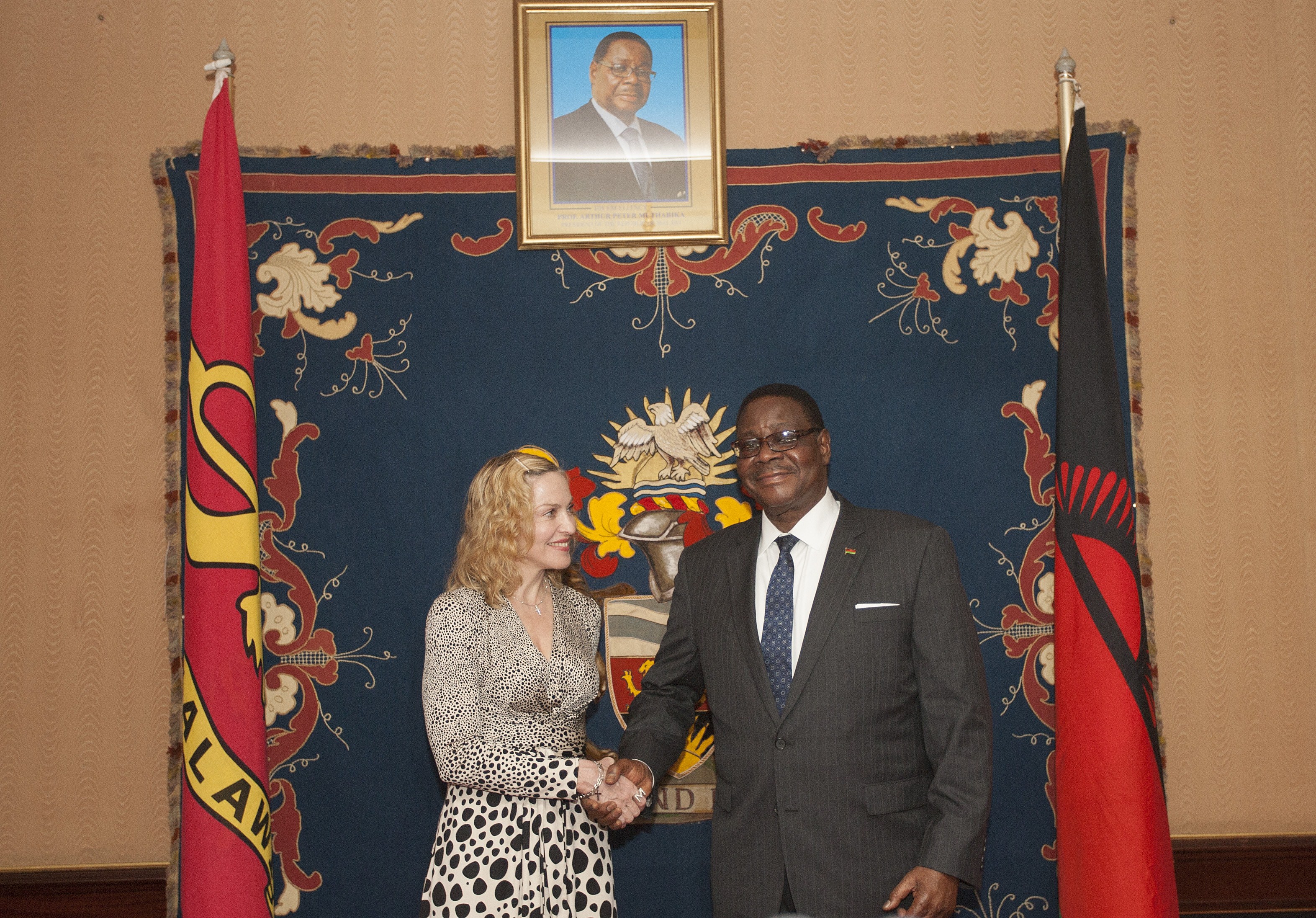 The president of Malawi has met Madonna's adopted daughter and son.

President Peter Mutharika thanked the pop star on Friday for bringing her Malawi-born children Mercy and David back to their birth country.

Friday's meeting was symbolic for Madonna, who had a public falling-out with former President Joyce Banda.

"Thank you for welcoming me here. I was a big fan of your brother. He was very kind to us," Madonna said of Mutharika's older brother Bingu wa Mutharika.

Madonna has been visiting Malawi since 2006. She funds a number of orphanages and schools in the country. On Thursday she helped open a new 50-bed pediatrics ward in the commercial capital, Blantyre, that she helped fund.

Madonna unveiled her most recent album, "MDNA," in 2012. Earlier this year, she appeared at the Grammy Awards, performing "Open Your Heart" alongside rappers Macklemore & Ryan Lewis.