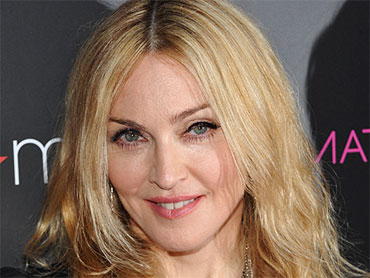 NEW YORK (CBS) Pop singer Madonna will soon be making her mark in the world of fitness.

The Material Girl has partnered with her manger, Guy Oseary, and Mark Mastrov, the founder and CEO of 24 Hour Fitness, to open a chain of fitness centers around the world.

Named Hard Candy Fitness, after her 2008 album, the chain will open the first gym in Mexico City on Nov. 29. Madonna, 52, is expected to attend the launch opening.

A statement by Hard Candy Fitness says gyms "will open in major cities around the world," including 10 more locations in Russia, Brazil, Argentina, Europe and Asia. No gyms are immediately planned for the United States, but the statement noted that more locations are possible in the future.

"Hard Candy Fitness will be a reflection of Madonna's point of view and will reflect her input on every detail including music space, light and other design cues," Mastrov said. "Madonna's touch will be everywhere."