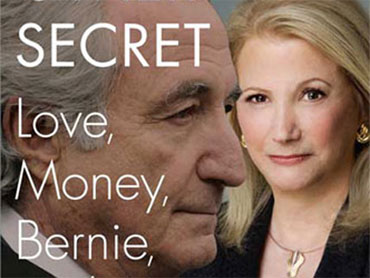 NEW YORK (CBS) Bernie Madoff cheated America for billions. But according to a new tell-all book by the chief financial officer of one of the charities he bilked, he also cheated on his wife.

Sheryl Weinstein, an accountant who, according to Bloomberg.com, publicly denounced Bernie Madoff for stealing her family's savings, is set to unveil her secret relationship with the con-man in her new memoir "Madoff's Other Secret: Love, Money, Bernie and Me."

By the late 1990s, the Jewish volunteer organization Hadassah had invested over $40 million with Bernie Madoff, according to the New York Times.

The paper reports the organization, including Hadassah National President Nancy Falchuk, were completely in the dark about the alleged extramarital affair. In a Thursday letter to Hadassah's board, Falchuk wrote that she "knew nothing of her relationship with Mr. Madoff until today."

Ruth Madoff, Bernie Madoff's wife for almost 50 years, was also in the dark, her attorney told the Times.

Weinstein's book is scheduled for release by the end of August, a spokesperson confirmed with Bloomberg.com. The publisher says the hardcover book, listed on Amazon for $23.99, will give details of the affair, including an intimate description of Bernie Madoff and photographs.

Bernie Madoff is currently serving 150 years in a federal prison in North Carolina for stealing more than $60 billion from investors in a sophisticated Ponzi scheme that lasted decades.

More At The New York Times