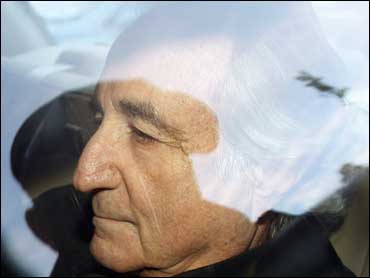 Bernard Madoff could soon find himself in a courtroom with some of the same devastated investors whom he is accused of ripping off in one of the biggest financial frauds in history.

A person close to the case said Friday that Madoff is expected to plead guilty at a hearing next week to charges that he carried out the massive swindle. A federal judge issued an order inviting potential victims who wish to be heard at Thursday's hearing to notify the court a day earlier.

Madoff, 70, is waiving his right to have a grand jury hear the government's case against him, agreeing instead to be charged directly by prosecutors, a step defendants take when they are preparing to plead guilty in a case.

Madoff could enter a guilty or not guilty plea, depending on whether he has reached a plea deal with the government.

But a person close to the case, who spoke on condition of anonymity because the plea has not yet occurred, said Madoff was expected to plead guilty.

Late Friday, U.S. District Judge Denny Chin invited victims to address the court after prosecutors submitted papers noting that crime victims have the right to be "reasonably heard at any public proceeding in the district court involving release, plea, sentencing, or any parole proceeding."

"The Court, in order to conduct orderly proceedings and to maintain a reasonable schedule, requires notice from potential victims who wish to be heard during that proceeding," said the motion issued late Friday. "Therefore, any potential victim who wishes to be heard shall send notice to the United States Attorney's Office by 10:00 a.m. on March 11, 2009, at the following e-mail address: usanys.madoff@usdoj.gov."

A potential plea deal could mark an important step toward answering the vexing questions about how Madoff carried out the sweeping scheme he is accused of orchestrating and who else may have been involved. Prosecutors say he masterminded a fraud that wiped out investors' life savings around the world.

The U.S. attorney's office first suggested Friday that a plea was imminent when it filed a brief court document indicating Madoff was ready to waive an indictment. One of Madoff's lawyers said he had already done so. A waiver of indictment is a necessary procedural step before a defendant enters a guilty plea.

Prosecutors have a deadline of March 13 to bring an indictment against Madoff under the speedy-trials law.

Bloomberg anchor Deirdre Bolton, appearing on The Early Show, said that most likely Madoff will plead guilty to one count of securities fraud, which could bring a sentence of 20 years.

"There may be additional charges," Bolton said. "If additional charges were brought up against Madoff, he could face up to life in prison. [But] he's 70 years old, so even if it's a 20-year sentence, even if he manages to get it reduced, essentially he's at the end."

Bolton said that any plea deal would likely require Madoff to explain exactly what he did.

"This is a big part of the negotiations, is that so far he's been judged to be relatively cooperative, but people want to know, the government wants to know how he did it, where the money is, and basically just how he constructed this alleged scheme," she said.

There are also questions about Madoff's assets, including $70 million in assets he wants to keep because, he says, they belong to his wife, Ruth.

Bolton said the apartment, $45 million in bonds and $17 million in cash are all assets of the wife from a legal standpoint.

But does that mean the Madoffs can keep those?

Bolton said prosecutors would have to prove that Ruth Madoff had knowledge of her husband's alleged Ponzi scheme, and that the assets are a product of the fraud, or that she was involved in the fraud.

Early Show anchor Erica Hill asked Bolton what the chances were that investors who'd been swindled would get their money back.

Madoff has been confined to his Manhattan penthouse since his arrest after authorities said he told his family that he had engaged in a $50 billion fraud. Authorities have since said money lost by investors is far less than $50 billion.

The legal developments came as a financial organization in charge of reimbursing Madoff investors said it sent out the first checks to victims Friday, Stephen Harbeck of the Securities Investor Protection Corp. told The Associated Press.

SIPC is an industry-funded organization that steps in when a brokerage firm fails. It has been helping process hundreds of claims by investors hoping to recoup losses.

Investors are eligible for up to $500,000 from the organization and have until July to file claims. Harbeck would not disclose how much money was sent to the first investors to get checks, but he said they deposited cash and never made a withdrawal, making the forensic accounting very simple.

Harbeck said he did not expect any plea deal to affect its work.

"We will go about our business regardless of what happens on the criminal side," he said.

Daniel J. Horwitz, a Madoff defense lawyer, would say only, "We've waived the right to indictment, and the case will proceed by information."

Typically, a defendant is brought before a judge, waives indictment and enters a guilty plea the same day to a charging document known as an "information." It resembles an indictment but is brought by prosecutors rather than a grand jury.

Matthew Fishbein, a former chief of the criminal division in the federal prosecutor's office in Manhattan who is now in private practice, said a waiver of indictment is often followed quickly by a guilty plea, but it does not have to occur immediately.

Madoff has already begun relinquishing his assets, something he might not do if he planned to fight the charges.

He already has surrendered rights to his business and any of the assets held by the business. A trustee overseeing his assets said he has identified nearly $1 billion in assets that are available to reimburse investors who have lost money over the last five decades.

Shortly after his arrest, Madoff offered to relinquish many of his and his wife's assets, including properties in Palm Beach, Florida, and France, as well as his boats and cars.

His lawyers have indicated in court documents that Madoff's $7 million Manhattan penthouse and an additional $62 million in assets should not be taken from the family because they are in his wife's name and did not result from any alleged fraud.