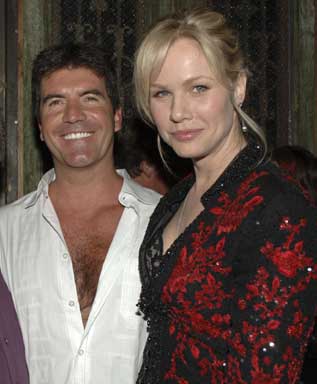 The Atlanta Braves needed a victory and Greg Maddux just happened to be the guy who delivered.

Maddux struck out a career-high 13 and became the NL's first 11-game winner, pitching the Atlanta Braves past the Toronto Blue Jays 2-0 Saturday night.

The win ended the Braves three-game losing streak and was only their third win in 10 games. Maddux also put an end to Toronto's season-high six-game winning streak.

Maddux said there wasn't any added pressure on him to come through.

"I only get to pitch every fifth day regardless of what the team has done in the last week or so. I just go out there and pitch the same as always," he said.

And it was plenty good -- one of his better efforts.

"It's right up there," said Maddux.

"That's about as good as it gets," said Atlanta manager Bobby Cox. "He was outstanding. Has he thrown any better? I think last year against the Yankees was the best I've ever seen him, but this was real close."

That was a 2-0 win on July 2 when he beat the Yankees on a three-hitter, striking out eight without a walk.

"Yeah. That was it, definitely," said Maddux.

"It was at Yankee stadium, against a team that had won the World Series and it was on the road," he said.

Maddux (11-2) is 9-0 in his last 12 starts and leads the majors with a 1.64 ERA and three shutouts. The four-time Cy Young winner earned his 100th victory since signing with the Braves as a free agent before the 1993 season.

Maddux said the key to his 13 strikeouts was his changeup, which he threw about one of every four-or-five pitches of the 104 he threw, 77 strikes.

Maddux walked none and allowed eight hits in his fifth complete game of the ear. The game took only 1 hour, 46 minutes and was the fastest in the majors this year.

Michael Tucker and Ryan Klesko hit home runs in the seventh inning off Juan Guzman (4-10). Guzman had matched Maddux through six innings, allowing only two hits until the seventh.

"It was another one of Greg's performances he does four or five times a year," said Klesko. "Tonight he was tremendous, not just good."

What had worked for Maddux was Guzman's downfall.

"Both of the pitches for home runs were changeups," said Guzman. "The second one was a good pitch. He (Klesko) just went down and got it."

Toronto manager Tim Johnson said the Blue Jays knew what they had to do against Maddux, but failed to deliver with men on base.

"He's done it in the National League for years. We just didn't get any hits when we needed them," said Johnson. "He's a tough pitcher. He has a reputation of throwing strikes, and that's what he did."

The Blue Jays' biggest threat came in the ninth when Carlos Delgado and Tony Fernandez led off with singles. But Maddux got Darrin Fletcher to ground into a double play to escape the jam.

Tucker led off the seventh with his 11th home run. One out later, Klesko hit his 14th homer.

Guzman, who left for a pinch-hitter after seven innings, allowed four hits, walked one and struck out three.