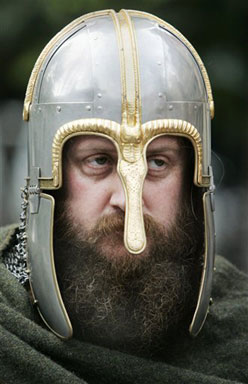 When Warren Spahn and Lew Burdette were mowing 'em down for the Braves at County Stadium, the red tomahawk emblazoned on their chests, they were the toast of the town.

On Monday night, Greg Maddux was the pitching star for the Braves and he got booed.

Atlanta's ace pitched a five-hitter and won his sixth straight game as the Braves beat the Brewers 5-2 in their first game in Milwaukee since moving to Georgia following the 1965 season.

Maddux found the old ballpark much to his liking.

"This is a good place to pitch," he said. "High mound. High grass. What more do you want? It's ideal. The gaps look pretty big, too. It's a good look, with the backstop and everything."

The Brewers and 21,873 fans who braved a cold, windy and wet night, were equally impressed with Maddux and not just his pitches.

Maddux singled and scored the Braves' first run, drove in another and made two spectacular plays in the field.

"Yeah, I'm afraid it was a case of too much Maddux," Brewers manager Phil Garner said. "We weren't able to do anything to him. He's in a class of his own."

Maddux (8-2) struck out a season-high 10, one short of his career best, and didn't walk a batter in helping snap the Braves' four-game skid and Milwaukee's five-game winning streak.

"A typical Greg Maddux game," said Braves manager Bobby Cox, who's grown accustomed to these performances from the game's premier pitcher. "And you can't really talk much more about it other than what you saw. And that's just the way it is with him."

Maddux came within one out of his 25th career shutout before Jeromy Burnitz hit a two-run homer, his 11th.

"I told myself any time he threw the ball near the plate I was going to swing," Burnitz said. "It didn't work until the end. The guy pitches one of his usual great games. What else can you say? He's good."

Seventy of his 107 pitches were strikes.

"He still had good stuff in the ninth," Cox said. "He wasn't really tired. He was a little bit sore from that line drive."

Maddux took a zinger off his left hip from Mark Loretta in the sixth, but third baseman Chipper Jones made a diving grab for the out and Maddux, unhurt, pumped his right fist in congratulations.

His worried teammates gathered around the mound but Maddux didn't even need a warmup to prove he was OK.

"He's tough," catcher Eddie Perez said. "I've seen him get harder than that, and he always stays in there. That was a good play by Chipper. I got scared when he hit it."

Former Brewers pitcher Don Sutton, now a member of the Braves broadcast crew, threw out the ceremonial first pitch before the Braves played their first game in Milwaukee since Sept. 22, 1965, when they lst to Los Angeles in 11 innings.

Sutton's pitch was low and inside, and Brewers starter Steve Woodard (2-3) didn't get many of his 90 pitches where he wanted them, either. He gave up three runs and six hits in five innings.

Maddux singled in the third and later scored on Keith Lockhart's sacrifice fly. Eddie Perez added an RBI single in the fourth and Jones hit his 16th homer in the fifth for a 3-0 lead.

The Braves loaded the bases off Al Reyes with nobody out in the eighth, bringing in Doug Jones, who surrendered an RBI single to Perez and a run-scoring groundout to Maddux that made it 5-0.

The Braves never had a losing season in Milwaukee, where they compiled a .563 winning percentage over 13 seasons.

None of the players on either team are old enough to remember the Braves' glory days in Milwaukee, but Woodard said they appreciated the historical nature of the night nevertheless.

"I knew that was a big thing," he said. "It's special to be out there. It's something I'll always remember."

"I was kind of anxious to see the old stadium again," Cox said. "I hadn't been here in a long time. I'm certainly looking forward to the year 2000, playing in the new one, too. That'll be fun."

Notes: Brewers left fielder Geoff Jenkins left the game in the fourth with watery eyes from an allergic reaction. "It's hard enough to hit Maddux when you can see," Garner said. ... The Brewers' winning percentage in 28 AL seasons was .485. ... Hall of Famer Hank Aaron will throw out the first pitch Tuesday night, and former Braves shortstop Johnny Logan will catch it. Logan is the last member of the Milwaukee Braves who still lives in the area. ... In a turn-back-the-clock promotion Tuesday night, the Braves will wear 1958 Milwaukee Braves road uniforms and the Brewers will wear 1958 Milwaukee Braves home uniforms.