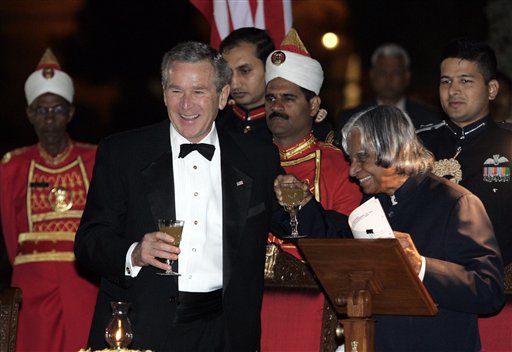 Maddux won his sixth straight start despite continuing his struggles against Tony Gwynn in the Atlanta Braves' 6-2 win over the San Diego Padres on Saturday.

"I've had some very good years in the past, and I'm not pitching like that this year," said Maddux, who has just one loss in his last 12 outings but has a 3.61 ERA that is well off his 2.75 career mark.

"But I'm doing a few things right, and I'm trying to build on that."

Gwynn had two hits off Maddux to move within six hits of Lou Brock for the 19th spot on the career list. Gwynn, who now has 3,017 career hits, hit an RBI double in the third inning. He has a .446 career average (37-for-83) against the four-time Cy Young Award winner.

"He was tying me up in knots early fastball in, change-up, fastball away, change-up, change-up," Gwynn said. "I know how well he works both sides of the plate. I'm just trying to take a defensive approach to facing him."

Atlanta, which has the beat home record in the league at 41-21, remained two percentage points behind the Mets in the NL East. The Padres dropped to 21-41 on the road worst in the majors.

Except for a rocky third inning, Maddux (16-6) was brilliant. The right-hander, who has not lost since July 21, gave up eight hits, two runs and struck out nine in seven innings. He didn't walk a batter.

Maddux sustained a mild turn to his right wrist when he misplayed a foul ball in the sixth. After calling off third baseman Chipper Jones, Maddux lost control of the ball. He dove near the Padres' dugout in another unsuccessful attempt and fell on his wrist.

After Brves manager Bobby Cox stood nearby and watched him warm up before the seventh inning, Maddux retired the side in order.

"I thought we battled well against him," Padres manager Bruce Bochy said. "He made some pitches he had to (make), but overall I thought our bats were better against him today."

Gwynn drove in the game's first run in the third by doubling down the right-field line to score Andy Ashby. Reggie Sanders followed with a single that was misplayed by center fielder Andruw Jones, allowing Gwynn to score on the error.

The Braves responded with four runs in the third off Ashby (11-7) on an RBI double by Bret Boone, RBI singles by Gerald Williams and Brian Jordan and a throwing error by shortstop Damian Jackson.

Gwynn nearly made a spectacular leaping catch on Boone's drive, but the ball popped out of his glove and rolled along the fence and fell onto the field after Gwynn crashed into the wall.

Thinking he had dropped the ball over wall, Gwynn stomped his feet in frustration.

"I had it. It was in my glove," said Gwynn, who had a similar play Aug. 2 against St. Louis' Mark McGwire. "It was over the wall, and when you catch a ball like that, you're taught to turn (the glove). That's one of the cardinal rules of baseball, and I broke it."

Ashby allowed six runs five earned and nine hits in seven-plus innings. Bochy attributed some of his struggles to scoring from first base in the third inning.

"I can't say I wasn't winded," Ashby said. "Maybe a little bit, but it was still a matter of getting my concentration in check."

Jordan added an RBI single in the eighth that chased Ashby with no outs. Matt Whisenant then entered and gave up an RBI single to Andruw Jones for the game's final run.