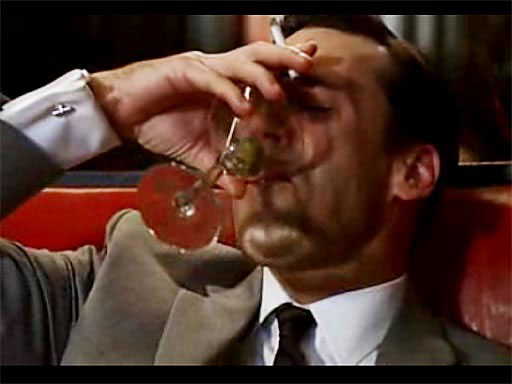 But then there's having to spend every day in an office that's choked with cigarette smoke, and sharing  the road to the Hamptons with drivers too drunk to see.

PICTURES: 11 Ways Living Like "Mad Men" Could Kill You

And don't forget the signs of early lung disease and liver cirrhosis, and - if you're a woman - having a chain-smoking gynecologist lecture you about promiscuity while you're in stirrups.

Given all the less-than-healthy habits portrayed week in and week out on the hit TV series "Mad Men," you might be better off indulging your imagination about the 1960s-era lifestyles - and not emulating their indulgences.

PICTURES: 11 Ways Living Like "Mad Men" Could Kill You