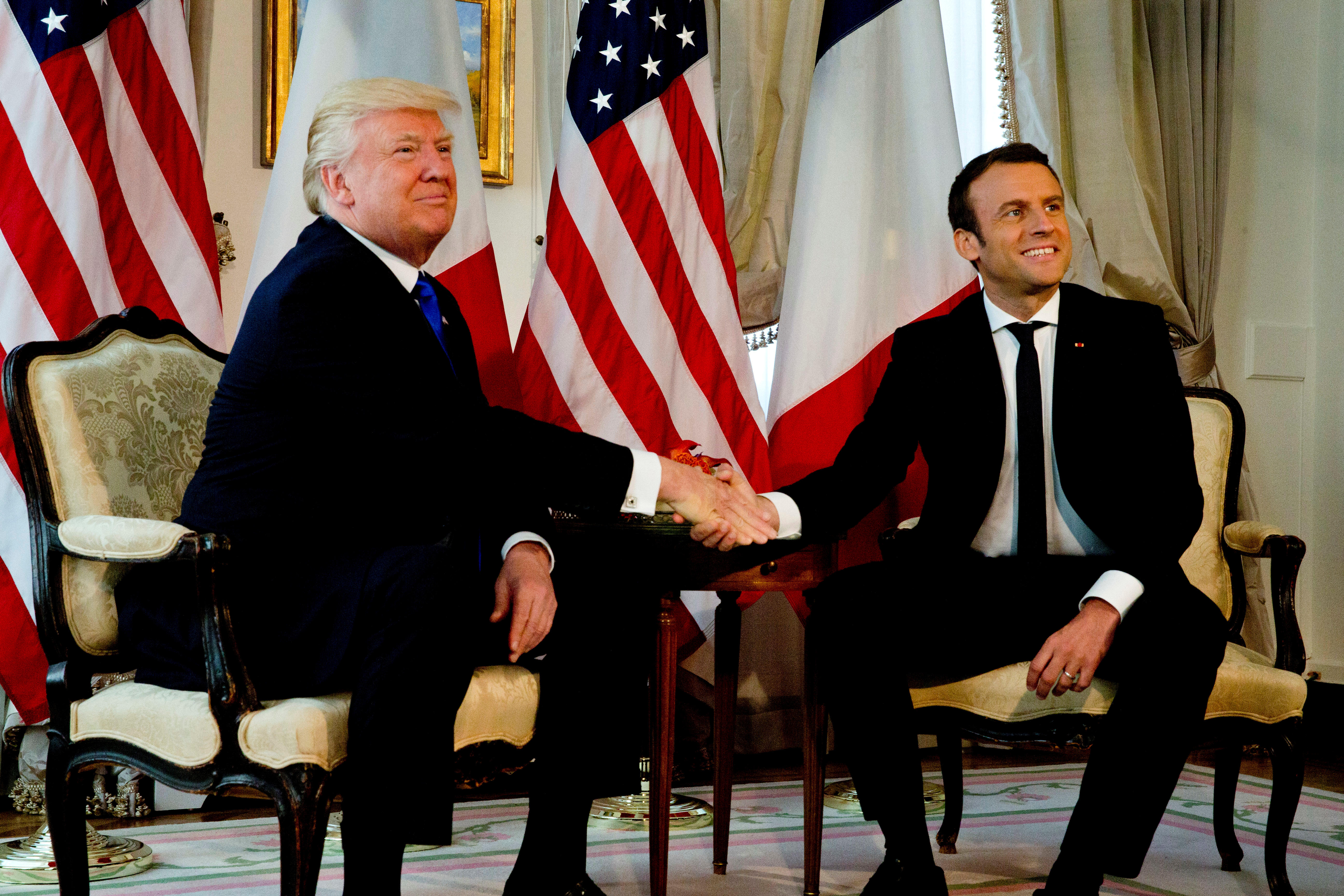 The handshake between President Trump and French President Emmanuel Macron in Brussels last week -- which attracted attention on social media -- was no accident, Macron says.

In an interview with the Journal du Dimanche (JDD), the French president said the long handshake had meaning.

"My handshake with [President Trump] was not innocent -- not the alpha and the omega of a policy -- but a moment of truth," he said. "We must show that we will not make small concessions, even symbolic ones."

At their first meeting, ahead of a NATO summit on Thursday, the two men locked hands for so long that journalists noted their knuckles began to turn white. Mr. Trump finally seemed ready to pull away -- but Macron evidently wasn't. The French leader held the shake for a couple more seconds. Both men's jaws seemed clenched.

It was for Macron a moment to assert equality with the U.S.

"I do not let anything pass," he told JDD. "That's how we are respected."

That said, Macron said of Mr. Trump that he "is more open than we think, he likes direct contact and is able to change his positions." He told JDD that he thought he would be able to build a "cordial relationship" with the president.