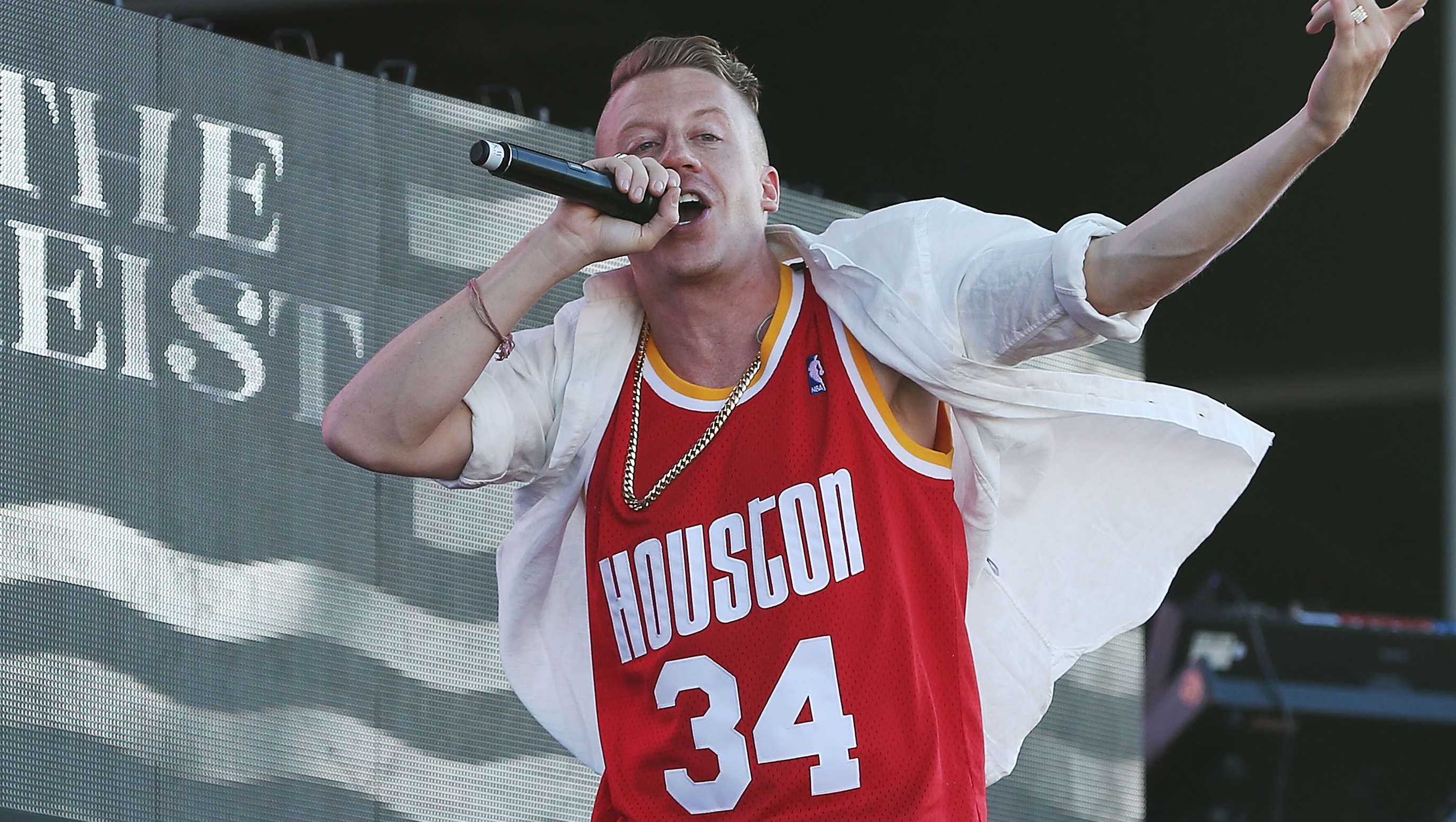 Rapper Macklemore posted an apology on his website late Monday, saying he didn't mean to mock Jewish people by wearing a costume that some say was anti-Semitic during a performance in Seattle last week.

Macklemore wrote that he randomly chose the pieces of the costume he wore at Friday's performance so that he could disguise himself and move freely around during the secret show. He said it wasn't meant to be a caricature of a Jewish man.

"Family, friends and fans alike who know me well, know that I'm absolutely not the person described in certain headlines today," he wrote. "There is no worse feeling than being misunderstood, especially when people are hurt or offended."

"I respect all cultures and all people," he continued. "I would never intentionally put down anybody for the fabric that makes them who they are. I love human beings, love originality, and ... happen to love a weird outfit from time to time."

Grammy Award winners Macklemore & Ryan Lewis made the appearance at the EMP Museum in their hometown to help celebrate the debut of a new exhibition.

Photos from the concert show Macklemore wearing a black wig and beard and a fake hooked nose. Macklemore and Lewis gained widespread fame with a message supporting diversity, and their hit song "One Love" calls for tolerance and support for members of the gay community.

The two performed the song at January's Grammy Awards while several same-sex couples were married, and they have been lauded for their progressive messages.

Lewis and his mother appeared on Anderson Cooper's show on CNN to talk about their HIV-AIDS charity efforts before Macklemore posted his message Monday night. In a postscript, the rapper pointed out the work of the Anti-Defamation League, providing a link to the group's website. The ADL was formed to fight anti-Semitism.

Macklemore said he understood his detractors' point of view.

"I acknowledge how the costume could, within a context of stereotyping, be ascribed to a Jewish caricature," he wrote. "I am here to say that it was not absolutely not my intention, and unfortunately at the time I did not foresee the costume to be viewed in such regard. I'm saddened that this story, or any of my choices, would lead to any form of negativity."

Check out this photo of the costume:

Tell us: Do you find Macklemore's costume offensive?