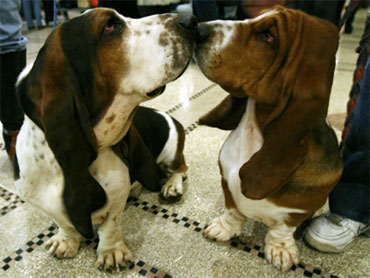 Who could forget the indelible image from "Home Alone" of 9-year-old Macaulay Culkin, yowling in pain after he slapped after-shave on a just barbered face? That image cemented Culkin's place as a top childhood star.

After a self-imposed retirement at the age of 14, Culkin returned to the big screen recently in the critically acclaimed film, "Party Monster." In his latest movie, "Saved!," Culkin plays a quick-witted student with an overbearing sister at a Christian high school.

Culkin tells The Early Show co-anchor Harry Smith from the moment he read the script he knew he wanted to be part of the film and the experience has been "fantastic."

In "Saved!" Mary (Jena Malone) was on top of the high school food chain at American Eagle Christian High School. But, she becomes pregnant and an outcast. Mary, however, finds new friends such as wheelchair-bound Roland (Culkin) and finds the true meaning in being "Saved!"

The movie is not for everybody, Culkin notes. "It's one of these things where it's set in this Christian high school. And we are dealing with issues like teenage pregnancy and homosexuality and things like that. So from the outside, I think some of the community was a little scared by it."

It has received mixed reviews from the Christian community, Culkin says, "I think the more conservative fundamentalist are kind of rejecting it outright. You should read Jerry Falwell's review of the movie. At the same time, he admits he didn't watch it, but just saw the review. But of course he's out there writing reviews."

Asked about the reason behind his self-imposed retirement, Culkin says, "I was so tired. I had wanted a break for a long time and no one was listening. When I was in a position where I could walk away, I just did. I had no intention of doing it again."

Though he did not know at the time what he wanted to do with his life, he says his wish at the time was for the public to forget about him. That did not happen.

He says, "You kind of just learn to accept what life gives you, as opposed to just trying to understand it."

So much of his life was lived through the eyes of tabloid papers and paparazzi and reports that he sued his father.

Setting the record straight, Culkin says, "I didn't sue my father. It's very funny. Other people's stories get mixed up with mine all the time. I didn't sue my father. What happened, there was a custody trial with my parents. Both of my parents' names were on my money as legal guardianship. What I did was removed their names from it and took the money out of the equation. You'd be surprised how fast the legal system works, once you take the money out of the equation."

Personally he says, "I just try to be a good person, try to live my life and that's about it. It's as simple as that. Be good to the people around you. Try to lead a very modest life."

As for his career, he says he is interested in doing other projects if the right opportunity comes along. He says, "If I find cool, open-minded people, want to do unique one-of-a-kind kind of project, I'll do it as long as I can."

Some Facts About Macaulay Culkin