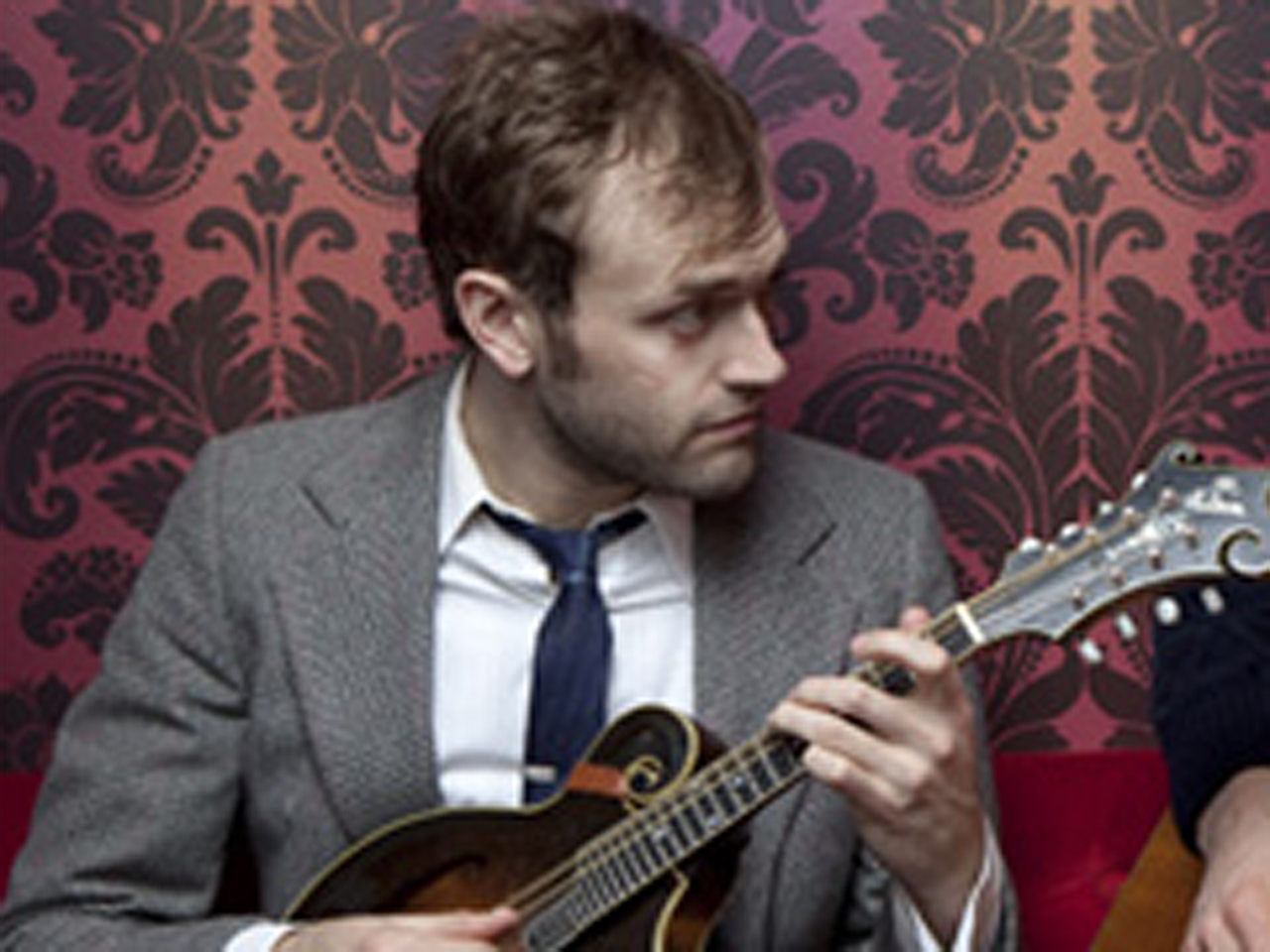 CHICAGO Mandolin player and composer Chris Thile learned the hard way that when you get a call from the 312 area code this time of year, you should probably answer the phone.

Thile is among 23 recipients of this year's MacArthur Foundation "genius grants," which are given in a secrecy-shrouded process. Winners have no idea they've been nominated for the $500,000 awards until they get the call, and nominators must remain anonymous.

Thile ignored the incessant phone calls from the foundation at first, thinking they were election-year robocalls. Then he received an ominous message: "Don't tell anyone about this call."

His tour manager searched for the number online and told him, "It appears to be from something called the MacArthur Foundation." It was a name Thile recognized.

"I think I must have turned white," he said. "I've never felt so internally warm. My heart was racing. All of a sudden, I felt very askew physically. I was trying to catch my breath. ... I thought, `Oh my God, did I win a MacArthur?"'

The grants, paid over five years, give recipients freedom to pursue a creative vision. Winners, who work in fields ranging from medicine and science to the arts and journalism, don't have to report how they spend the money.

Thile, who played with Nickel Creek and is now touring with Punch Brothers, said he may use the grant to fund a chamber music project for a bluegrass quintet.

Northwestern University historian Dylan C. Penningroth said he now can expand his search for court records of property owned by slaves in the pre-Civil War South.

"This grant will make it possible for me to think big, to be more ambitious about the time period I cover and the questions I'm trying to answer, like, what's the connection to the modern civil rights era?" Penningroth said.

For other winners - there have been 873 so far, including this year's recipients - the grants bring prestige, confirmation and, in some cases, moments of profound reflection about life and fate.

"It left me thinking about my childhood," said Dominican-American author Junot Diaz, who wrote the Pulitzer-winning novel "The Brief Wondrous Life of Oscar Wao."

"It would never have dawned on me to think such a thing was possible for me," Diaz said, reflecting on his early years in New Jersey "struggling with poverty, struggling with English. ... I came from a community that was about as hard-working as you can get and yet no one saw or recognized in any way our contributions or our genius. ... I have to wonder, but for circumstances, how many other kids that I came up with are more worthy of this fellowship than me?"

David Finkel, author and national enterprise editor for the Washington Post, said the grant will allow him to complete a story he began in his book, "The Good Soldiers." The nonfiction work recounted the experiences of a U.S. Army infantry battalion deployed to Baghdad as part of the 2007 surge. Finkel is now following returning soldiers and their families, "watching a lot of them sink lower and lower and try to get help and maybe not doing so well with the help that's out there."

Winning a MacArthur grant felt like an endorsement not only of his own work, he said, but also of the type of long-form journalism he practices, which is in jeopardy as newspapers respond to the digital age. Declining circulation has forced newspaper publishers to shrink the size of their print publications and their staffs. Finkel admires the experimentation under way in journalism, but added: "I'm old-fashioned. The thing I'm most moved by is a well-told, deeply reported long story."

Maurice Lim Miller saw the MacArthur nod as validation of his project, called the Family Independence Initiative. The project, started in 2001 in Oakland, Calif., rewards self-sufficiency among residents of low-income neighborhoods by bringing groups of friends together and asking them to track the steps they take toward saving money, finding jobs, helping their children do well in school and other goals. Families increase their incomes and savings, start businesses and buy homes, he said.

MacArthur winner Elissa Hallem is studying how parasitic worms find hosts through their sense of smell. Threadworms, attracted by carbon dioxide, can enter a person's body through the soles of the feet, for example. Hallem's work may someday prevent parasites from harming humans and improve the efficiency of good parasites that infect crop-killing insects.

"I didn't manage to say much other than, `Wow' and `Thank you,"' Hallem said about the "genius grant" call, which came as she was working in the microscope room at the University of California, Los Angeles. "I feel very honored that they recognized my work in this way and are making this investment in my research."