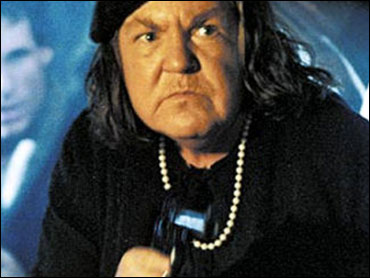 PHOENIX (CSB/AP) It reads like the plot of a Hollywood classic. A domineering mother with a criminal mind leads her sons on a string of robberies to fund the family's expenses. Think "Ma Barker" meets "The Goonies."

Well, Cynthia Mary Roberson may have read some of those scripts. Arizona police say the unemployed Phoenix mom led her 12- and 14-year-old sons and their friends to commit at least 20 armed robberies and assaults, including the beating of a teenage boy who had nothing more than an orange lollipop.

Her motivation, police say, was purely financial. She needed money to pay rent and the loan on her gold Chevrolet. In every case, the mother drove the getaway car and once coached a kid during a robbery because he was having trouble stealing a cell phone from a victim, according to police.

The case has outraged authorities and the public and drawn comparisons to "Ma Barker," the infamous mother, who led her four young sons on a robbery spree in the early 1900s.

"In the days of the Depression, Ma Barker took her sons and they robbed banks and did this and did that for a living until they got caught," Phoenix police Detective James Holmes said. "Now I've got this lady with her kids and her crew of other bad guys and they're pretty much robbing people all because she didn't have a job."

The similarities between the cases are striking.

Barker was born into poverty in the early 1870s, and encouraged her four boys from an early age to commit drug store and other business robberies around Missouri, according to Jack Koblas, a historian and author of two books about Barker. 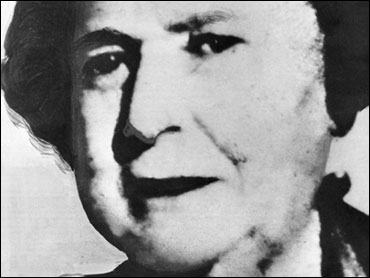 Koblas said Barker would advise her sons and other neighborhood boys on what stores to rob and how, while her straight-arrow husband was at work. As many as 15 boys would gather at her ramshackle house to plan crimes.

By the age of 10, Barker's boys had all been in trouble with the law, Koblas said.

"She was more or less the ringleader of the gang," Koblas said. "She was the one who directed them, led them and was responsible for them becoming the grown-ups they did become."

At the time of her arrest in late May, the 51-year-old Roberson lived in what police described as a filthy Phoenix apartment with her two sons, ages 12 and 14, and five other young boys and men between 14 and 20 years old.

Phoenix police say Roberson had recently lost her job and persuaded her sons and the others living with her to commit robberies to help pay for rent and her car loan.

Phoenix police Sgt. Phil Roberts described Roberson as the ringleader, driving the youngsters to robberies in parks and along streets in Phoenix.

"I think she absolutely had a lot of influence," Roberts said. "She's driving them out, telling them how to do it, basically saying, 'Let's go out and let's commit a robbery tonight,' and then instructing some of the suspects on how to do the robbery and how the robbery should go down."

Roberson remains in jail and declined to speak with The Associated Press. Her attorney, Raymond Kimble, said he had just been assigned to her case and was not yet able to comment.

Roberson pleaded not guilty to one count each of armed robbery, attempted armed robbery and attempted aggravated robbery. She is scheduled for an initial pretrial conference on July 30. If convicted, she faces between seven and 39 years in prison. Her kids and their friends were also arrested.

Police are calling the allegations against Roberson "revolting," but they pale in comparison to what the Barker boys did when they became adults.

By the 1920s, the Barker boy crimes escalated from robbing empty stores to kidnapping rich people and holding them for ransom, killing anyone who crossed them, and robbing banks crowded with people at gunpoint, Koblas said.

They even made women stand on the running boards of their getaway car so police wouldn't shoot at them.

"They killed someone almost every time they went out," Koblas said. "They thought nothing of taking human life."

Three of Barker's boys eventually went their own way, each living a life of crime. Freddie traveled with his mother across the Midwest and committed crimes with a man named Alvin Karpis, whom Freddie had met in prison.

Eventually, authorities caught up with the entire so-called Barker-Karpis gang.

FBI agents tracked Freddie and Ma Barker to a cottage in Florida in 1935, the only known instance that Barker herself carried a machine gun. Barker and Freddie were killed during an hours-long shootout with the feds.

By comparison, Phoenix police believe Roberson and the youngsters committed at least 20 robberies involving assaults on victims between the age of 13 and 20. One 13-year-old was beaten and forced to empty his pockets, which contained only a lollipop. One victim suffered a concussion.

Roberts said the group's downfall came after one of the boys spotted someone he had robbed the day before at a grocery store, went up to him and said: "I remember you, you're the guy I punched in the face yesterday."

On May 29, Phoenix detectives were about to serve a search warrant at Roberson's apartment when she and some of the boys got in the SUV and left.

Police pulled the group over and arrested them; Roberts said detectives believe the group was on the way to commit a robbery.

Police believe that if Roberson and the others hadn't been caught when they were, their crimes could eventually have become much more serious.