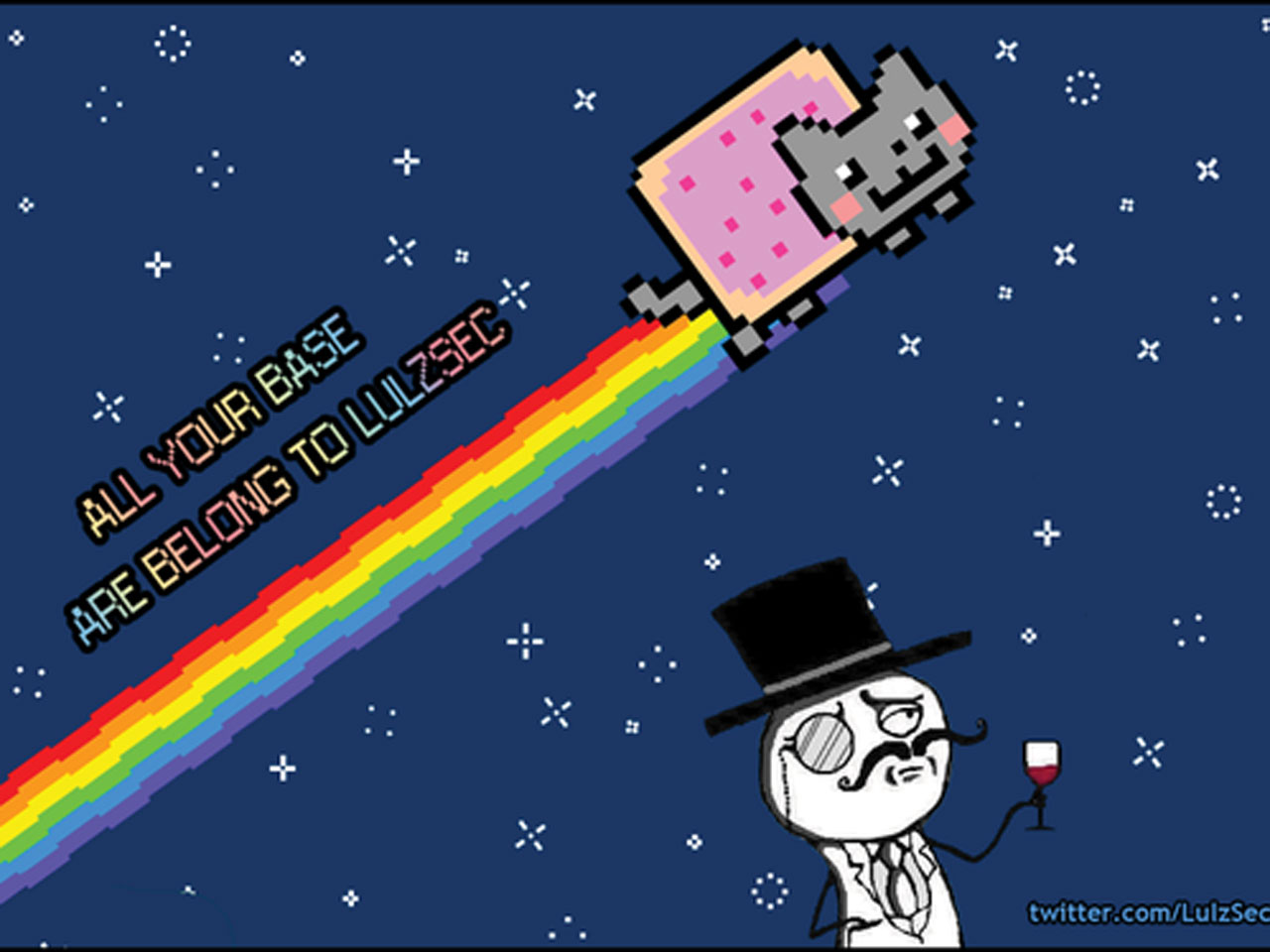 PBS.org Hacked: Nyan Cat Appears A hacker group calling themselves "LulzSec" compromised PBS's website and Twitter account on Sunday in retaliation for airing what they believed was a biased documentary on Wikileaks. In addition to publishing a fake news story about the discovery of the deceased rapper Tupac, they left an interesting calling card on the PBS.com homepage: an image of the one and only Nyan Cat. On Thursday they announced a successful hack of the Japanese multinational conglomerate Sony, and released a collection of stolen data containing Sony users' personal information.

#weinergate Last Friday, a scandalous tweet "popped up" on New York Democratic Representative Anthony Weiner's Twitter account, linking to an image of a man in boxer briefs showcasing an obvious erection. The Twitter hashtag #weinergate has been active ever since, featuring chuckle-worthy and sometimes crude jokes directed toward the embarrassed congressman. While it was soon revealed that the tweet was sent to a female college student in Washington, Weiner claims that his account was hacked.

Good Guy Greg, the Polar Opposite of Scumbag Steve "Good Guy Greg" is a selfless do-gooder with a heart of gold--when he goes to the bathroom, he'll put the toilet seat down when he's finished. If he borrows $5 from you, he'll pay you back $10. He'll pick you up from work and bring you food. Greg is meant to be the antithesis of "Scumbag Steve", a 2010 captioned image series that features a young man wearing a sideways baseball cap who represents dishonesty, drug addiction and petty theft.

Viral Video: Dad Drops Daughter at Dodgers Game This weeks' "Worst Dad Ever" award goes to one LA Dodgers fan who dropped his daughter to the ground while trying to catch the fly ball at a Dodgers vs. Marlins game over the weekend. The father's FAIL was caught on camera and uploaded onto YouTube, where it has already gained over 2.3 million views in just three days.

On Twitter: #GhettoSpellingBee #GhettoSpellingBee is a trending hashtag associated with humorous tweets that involve choosing any English vocabulary and trying to use it in a sentence in the context of urban vernacular. Examples: CHINA. You home yet? Cause I'm china come home. TODAY / My momma always told me if I have something to say to someone I have to tell dem today face.

This post was written by Brad Kim and Don Caldwell of Cheezburger. Cheezburger, the company which publishes popular sites such as I Can Has Cheezburger?, Fail Blog, Know Your Meme, Memebase, and The Daily What, is one of the largest online humor publishers in the world where millions of people come every month to get their 5-minutes of happiness. Cheezburger counts a passionate fan base of 19 million people who upload more than 500,000 pictures and videos as well as view 400 million pages and 110 million videos each month.