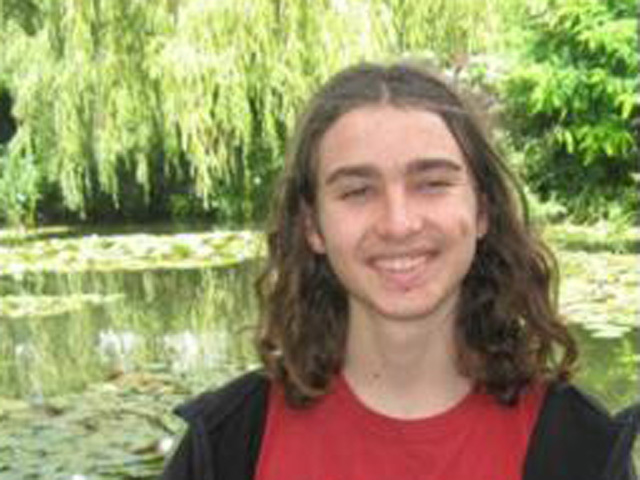 (CBS/AP) OAKLAND, Calif. - The mother of an 18-year-old man from whose skirt was set on fire while riding a public bus, says her son, who does not identify himself as a man or a woman, is a gender activist.

Luke Fleischman, who also goes by the name Sasha, was asleep Monday on an AC Transit bus in Oakland when police say that another passenger set ablaze the kilt-like skirt he was wearing. Other passengers came to his aid after he tried to put out the flames himself.

Debbie Fleischman told the Oakland Tribune that her son will require massive skin grafting. She also said she is torn about whether the fire was a prank, or if her son was targeted because he was wearing a skirt.

Luke Fleischman is listed in stable condition at a San Francisco hospital after suffering second- and third-degree burns on his legs.

According to CBS San Francisco, more than 400 supporters have donated nearly $21,000 to help pay his medical bills.

Police arrested a 16-year-old boy, a junior at Oakland High School, on suspicion of assault with a deadly weapon and mayhem. His name has not been released, and authorities have not commented on motive.

Fleischman's mother said her son, a senior at Maybeck High School in Berkeley, does not identify as male or female but as nonbinary, an umbrella term covering all other gender identity.

"My son considers himself agender," Debbie Fleischman said Tuesday. "He likes to wear a skirt. It's his statement. That's how he feels comfortable dressing."

Debbie Fleischman said her son has been riding the bus home from school, oftentimes wearing a skirt, for the past year and has had no problems or threats.

She said her son told her and his father, Karl Fleischman, about two years ago that he did not want to identify as a man or a woman. Luke Fleischman also became politically involved in the issue of nonbinary gender, gathering 27,000 signatures on the Internet in hopes of bringing the subject to the attention of President Obama.