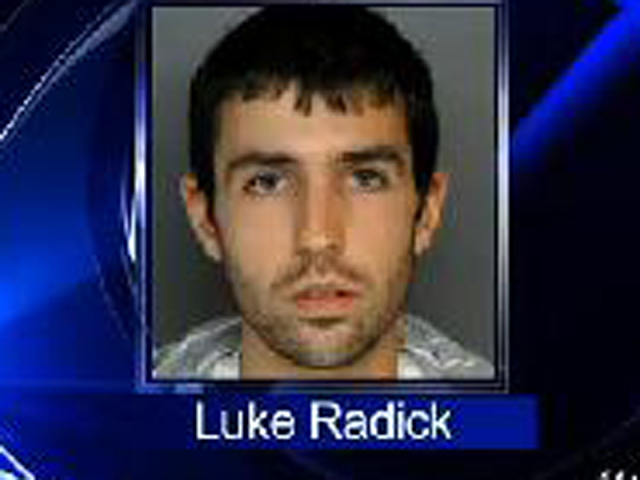 (CBS/AP) BENSALEM, Pa. - Police in southeastern Pennsylvania said a man tried to commit three bank robberies in a row using a taxi to get from one location to the next, according to CBS Philly.

The station reports Luke Radick, 26, went into a bank in Bensalem around noon Thursday and gave the teller a note demanding money, but when the teller ran, he panicked and fled empty-handed to a different bank.

At the second location he reportedly got away with $120, then headed to a third bank where he did the same. It is not clear how much money he took from the last bank.

To get from one location to the next, the robber used a cab. The cab driver finally realized what the man was doing after the third robbery and called police.

Authorities reportedly said once the cab driver kicked Radick out of his car, they captured him walking down the street after they recognized him from a surveillance video. All three robberies happened within two hours.

Police reportedly said Radick had just been released from federal prison a day or two earlier.

While police were recovering evidence, they discovered that a note Radick used in one of the robberies was written on the back of the suspect's bail release form, according to the station.

When CBS Philly asked Radick if he was sorry that he robbed the banks he responded, "No, I'm sorry that I got caught."

Radick now faces charges of robbery and attempted bank robbery, according to the station.