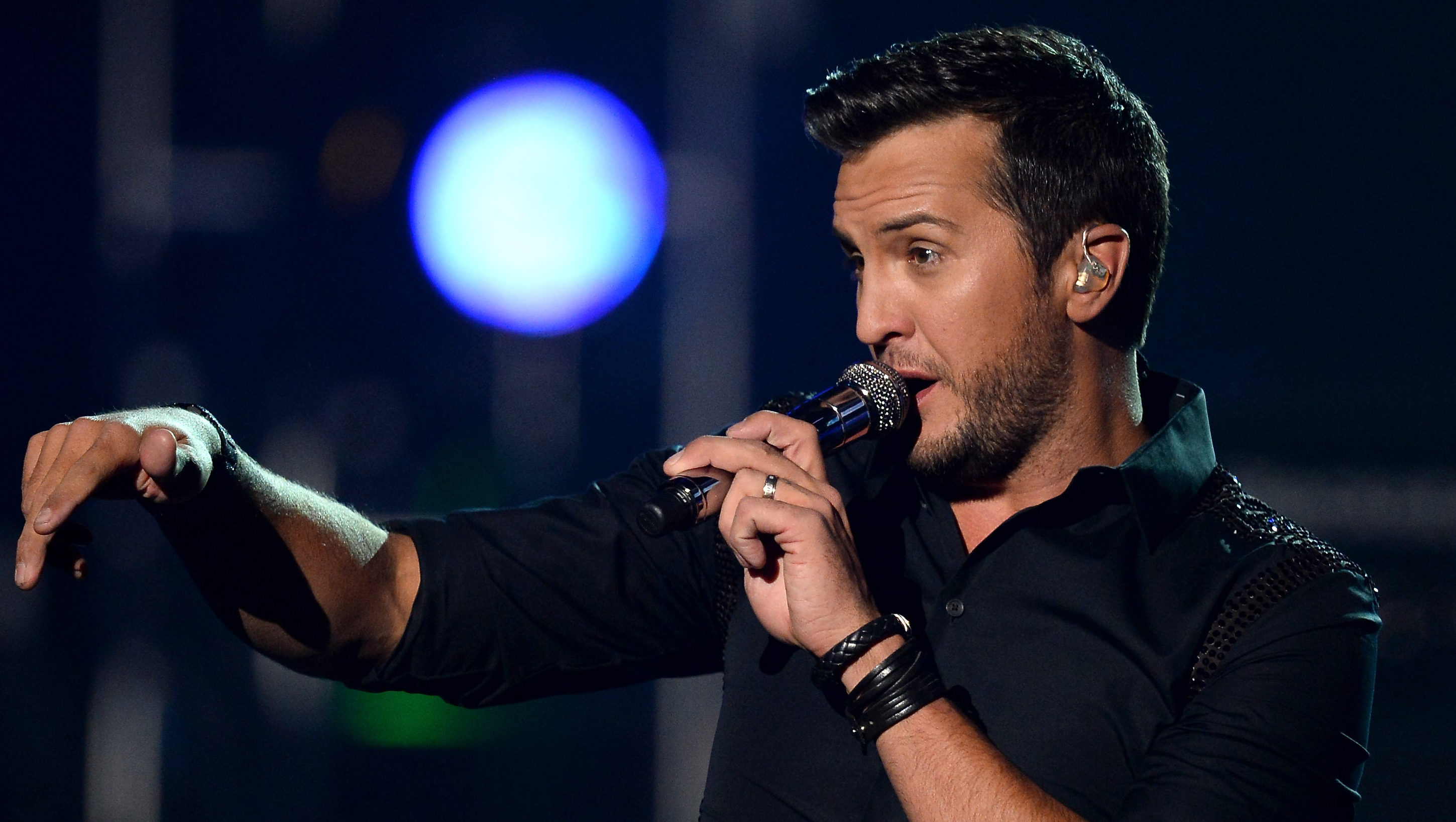 Luke Bryan required a few stitches after tumbling off the stage at the PNC Music Pavilion in Charlotte, N.C., on Thursday night.

Audience video footage shows his accidental fall into the crowd while performing "Can't Hold Us" by Macklemore and Ryan Lewis.

When Bryan returned to the stage (thanks to help from some security guards) he said, "What's it about North Carolina that makes me bust my a**?"

Earlier this year, Bryan fell while performing at Greensboro Coliseum in North Carolina. Apparently something about the state makes the 37-year-old singer clumsy.

Turns out Bryan was OK this time. He tweeted:

Bryan is in the midst of his "That's My Kind of Night" tour. People magazine just named him the "Sexiest Man in Country."

Check out the fall below: