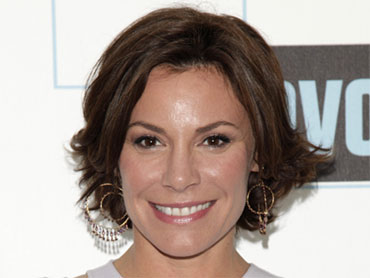 Although it's been a year since her divorce was finalized, and she's been dating a French hunk, yesterday the show aired the episode where she broke the news to her fellow "Housewives" cast members about the split with her husband, Count Alex.

Yesterday in her blog on Bravotv.com, de Lesseps commented on her divorce, saying "The day my divorce was finalized I felt a combination sadness and relief. I have no regrets about the past. I have two beautiful children and I'm ready to embrace the future."

The episode closed the last chapter of her 16-year marriage with Count Alex after he was allegedly having an affair with another woman.

In March 2009, the two separated amidst reports that he was cheating on her with an Ethiopian woman in Geneva. She wasn't just any woman however; the other woman reportedly was Princess Kemeria Abajobir Abajifar.

So how is the Countess coping with her divorce?

She has found a new beau - a sexy, French wine distributor, Jacques Azoulay.

"He likes to read poetry, and he plays the piano! He's just so wonderful. I'm definitely happy and having a great time. I can't even believe it!" the countess told to In Touch at New York's La Pomme nightclub on March 4.

"The Real Housewives of New York City," which airs Thursdays at 10/9c has kicked off its third season.