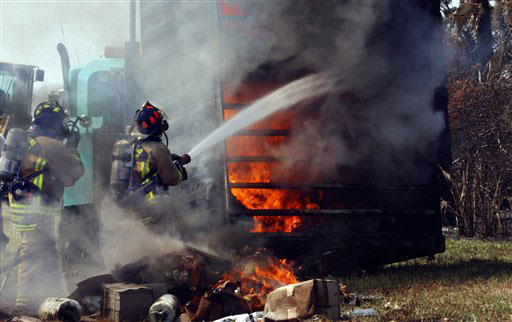 Stromile Swift provided the scoring for LSU, but even Swift credited the Tigers' defense for their win over Kentucky.

"We feel like we can beat anybody when we're playing the kind of defense we played today," Swift said. "If we just stay with our game and play really good defense, we can keep this thing going against anybody."

That combination was certainly effective against Kentucky, as the Tigers had 17 steals.

"We go into every game knowing we have to play good defense to win," said freshman point guard Torris Bright, who had five steals and seven assists. "That's the key, a good game by our big men and playing defense."

"I don't know if I have ever had a team play defensively as well or play as hard as this team has played over this last stretch of games," LSU coach John Brady said. "I haven't ever been on, or been a coach on a team that has put together five or six games where the effort and rebounding and commitment or guarding has been like this team."

Kentucky (17-7, 7-3) rallied from 20 points down with 10:53 to play to get within five points. The Tigers then closed the game with an 11-3 run, giving them their fourth win over a ranked team this season and second in the past week.

After upsetting Arizona and Oklahoma State earlier this season, LSU beat No. 9 Auburn on Wednesday night.

Kentucky and LSU are second and third in the SEC in defense, allowing 66.4 and 67.1 points repectively. But it was the Tigers' defense that came up strong Sunday, smothering the Wildcats and holding them to 37 percent shooting.

"They really took it to us, ad we really didn't respond in the first half," Kentucky coach Tubby Smith said. "When your center and your power forwards are getting 10 turnovers between them that's a real problem."

Smith said that of the first 12 times center Jamal Magloire got the ball he had five turnovers and two shots blocked.

"It was rough out there," Magloire said. "Smith is a big presence and if I went over to block a shot it would leave it open for someone to come in for a rebound."

It was the second straight whipping for the Wildcats, who lost by 17 points to Florida

Saul Smith led Kentucky with 15 points and Magloire had 11 points and 10 rebounds.

Jules Camara, who was expected to miss another one or two games with a foot injury, played for 12 minutes with little impact, not scoring and grabbing only one rebound.

The Tigers were up 47-27 with 10:53 left when Magloire hit one of two free throws to start a 6-0 run for the Wildcats. Desmond Allison made five of six free throws in the run that cut the lead to 47-33.

Kentucky made five 3-pointers in a three-minute stretch, including one by Tayshaun Prince with 4:21 left that cut LSU's lead to 59-54.