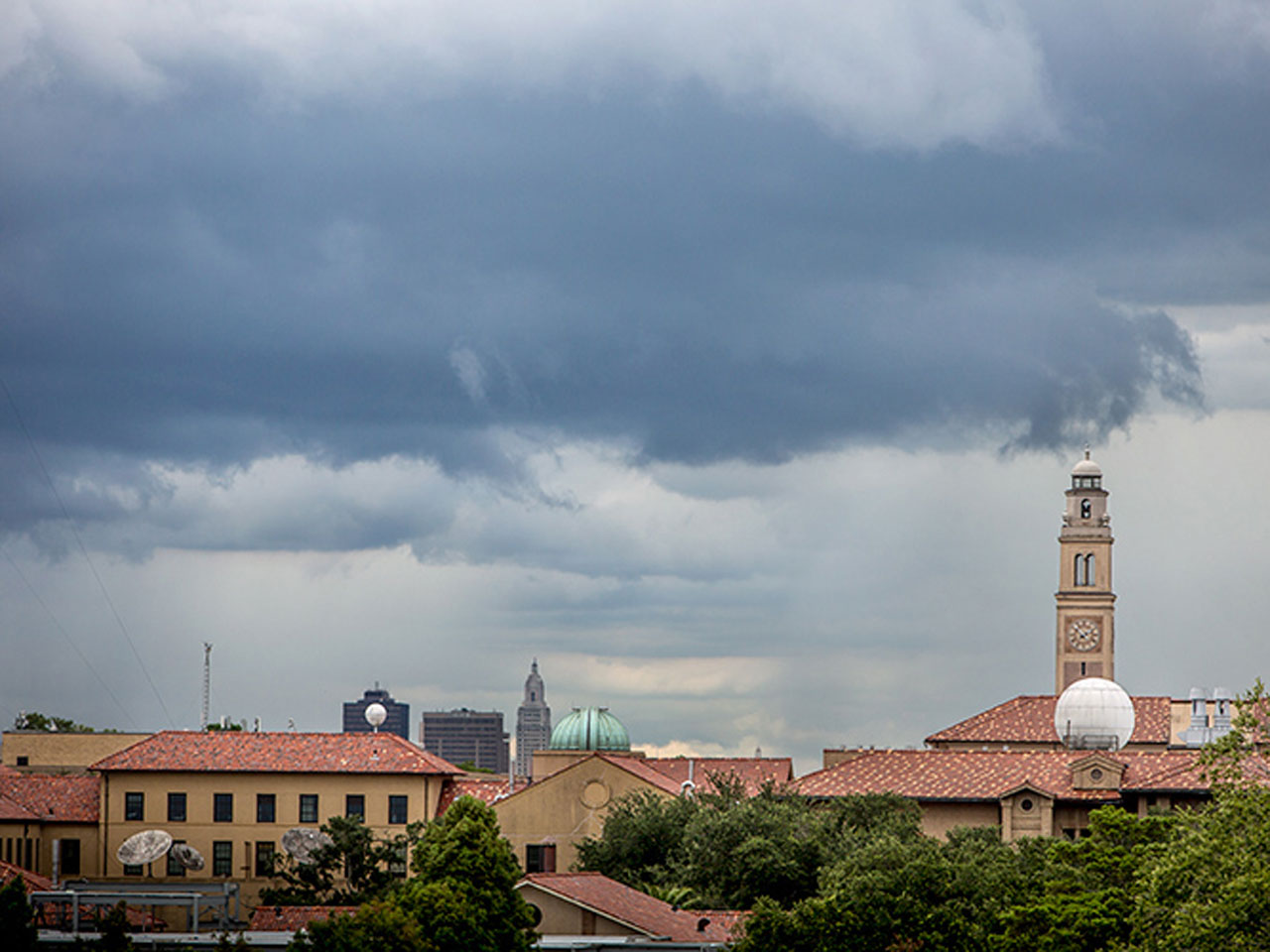 The evacuation was prompted by a threat phoned into 911 about 10:32 a.m., university spokeswoman Kristine Calongne said. Calongne said the caller didn't direct the threat to any specific area of the campus.

Students and others were asked to evacuate "as calmly and quickly as possible" at 11:32 a.m. through a university-wide alert, CBS affiliate WAFB-TV in Baton Rouge, La. said. LSU police said on their website that they are investigating the threat at the Baton Rouge campus.

LSU Vice Chancellor of University Affairs, Herb Vincent, told WAFB-TV that the bomb threat was called into the East Baton Rouge Parish 911 call center and transferred to the LSU Police Department. Interim chancellor Dr. William L. Jenkins made the decision to evacuate the campus. No additional information was given about if the threat was credible or if any device was found.

Traffic was backed up due to the evacuation order and students without access to vehicles were being moved by the LSU Emergency Operations center, according to WAFB.

State police bomb technicians were on the scene, said Louisiana State Police Capt. Doug Cain. He said authorities were talking to their counterparts in Texas, North Dakota and Ohio to see if there were any similarities to threats universities in those states received Friday. University officials in those states also evacuated their campuses, but police found no explosives.

Police did not provide details. There are 30,000 students, professors and university employees located on the campus.

"Monday ... is a very big class day, so I think the majority of that group was probably on campus at the time," Calongne said.

By early afternoon Monday, the LSU campus was largely deserted with roads leading onto campus blocked by police.

Catherine Lacoste, an 18-year-old freshman and architecture major, said she received notification of the bomb threat through the emergency text message system while working in a studio on a project. She double-checked the information and then evacuated. She didn't seem worried about the threat, however.

"I'm going to go home, take a nap and hopefully campus will be open again when I wake up," Lacoste said.

Calongne said she doesn't know of any other time the entire flagship university campus was evacuated.

"I've been at LSU since 1990 -- if you count my student years -- and I don't ever recall us having an evacuation of the whole campus," she said.