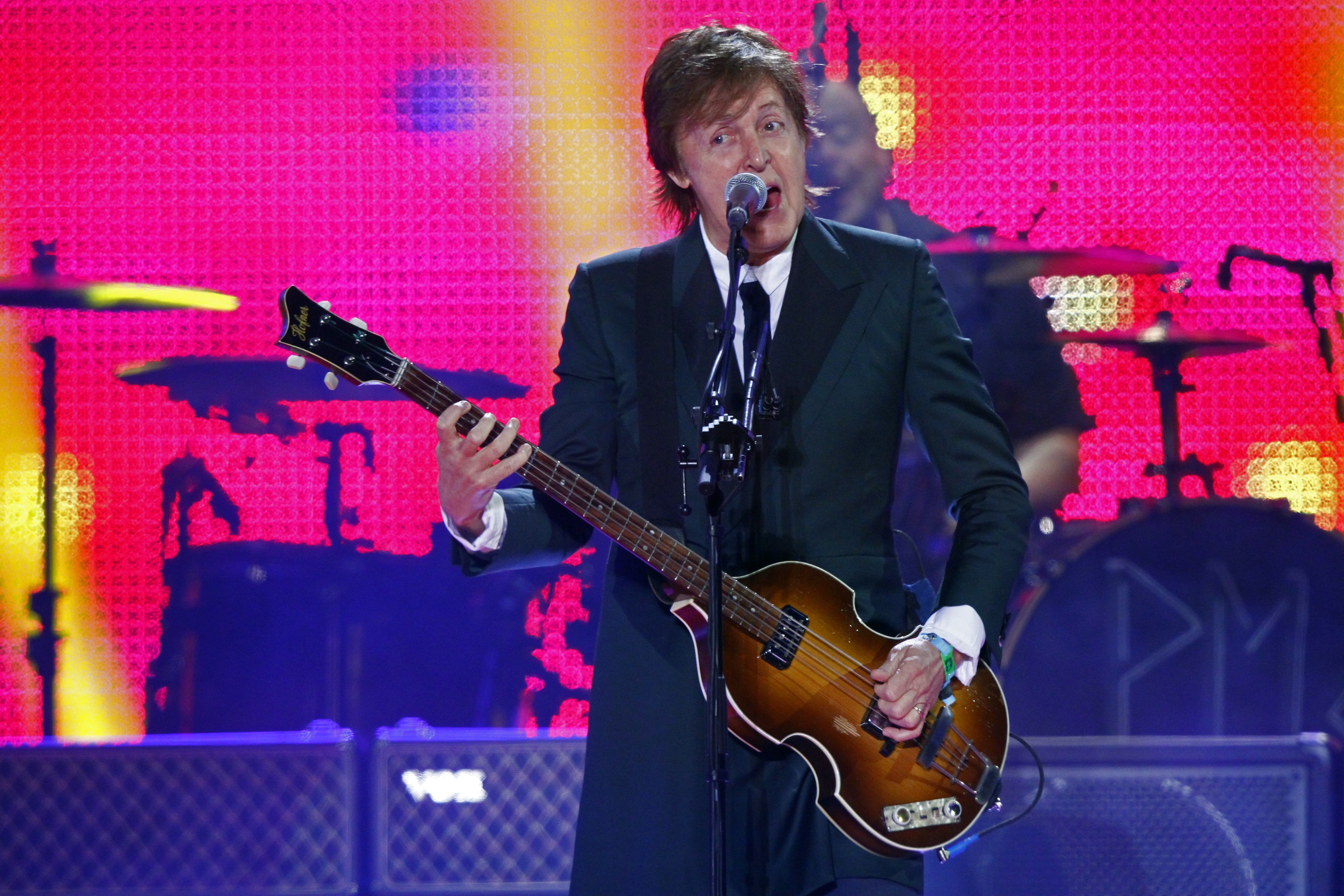 The 71-year-old performed at the Frank Sinatra School of the Arts, which was opened by Tony Bennett.

McCartney said, "Happy anniversary, baby," to Nancy Shevell before going into his latest song, called "New." He said the song was inspired by his wife as the students turned to her and gushed.

The event with iHeartRadio was to celebrate McCartney's album, also called "New," out next week.

One student asked McCartney when he felt he officially made it in the music industry. McCartney said when the Beatles recorded their first single, "Love Me Do."

The students cheered, and McCartney said: "You shouldn't know about that."

The crowd, which included some adults, was feverish as McCartney performed a 13-song set from his Beatles, Wings and solo catalogue, including "Hey Jude," ''Eight Days a Week" and "Jet."

"This beats going to class," said McCartney, who performed on the piano and the guitar along with a four-piece band.

McCartney was energetic with the students, most of whom were a bit nervous when they asked questions.

One sophomore asked why McCartney decided to continue being a musician after all of his successes.

McCartney said people frequently ask him, "Can you just retire?"

He added that he could be home watching TV but he'd rather be with the students and performing on stages.

Bennett, who attended the event, launched the school in Queens in 2001. McCartney talked about funding and updating the Liverpool school he and George Harrison attended.

"I used to say that half of the Beatles went to that school," he said to laughs.

McCartney also told the crowd on Wednesday, which would have been John Lennon's 73rd birthday, that he connected with Lennon through songwriting.

"We weren't trained," he told the teenagers. "You guys have an advantage."

McCartney ended the day with inspiration to the arts students: "You rock on. You be great."