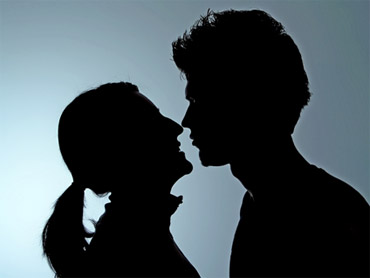 New research on the brain shows losing a lover can have the same effect on a person as trying to kick a substance addiction, says biological anthropologist Helen Fisher.

She's studied the brain for 35 years, and says that discovery is the most interesting one yet.

The Chemistry of Love

All the behaviors Fisher described of a person post-break-up are parallel to someone who may be fighting a serious addiction, like cocaine.

For the study, Fisher explained, they chose 15 people who had been recently rejected from love and observed their brain functions in a brain scanner.

"We found activity in a brain pathway that is exactly the same brain pathway that becomes affected when you're profoundly addicted to cocaine and nicotine," explained Fisher. "Brain regions associated with intense romantic love, physical pain and deep attachment. So, you're craving this person. You're madly in love with him. Deeply attached to them. You're in physical pain. And you are obsessed with somebody."

Physical pain can make people act out, and influence their daily behavior. Some find themselves unable to get out of bed, eat or drink, or even get to work.

But love addiction can be tricky: There are no rehab centers or 12-step programs to help you get back on your feet. The only thing you can do is be smart about it and pick yourself up off the floor.

"Don't lie in bed. Somebody's camping in your head. Don't lie around and ruminate about what went on. Go out with friends. Get hugs," said Fisher. "Don't call, don't write, don't be anywhere near this person. If you're going to take any kind of antidepressants, get off them as soon as you can."

Fisher's study also found that our brain region associated with deep attachment becomes less and less active the further you get away from the lover.

Still, as difficult as getting over a lost love may seem, time heals -- and that's been scientifically proven.