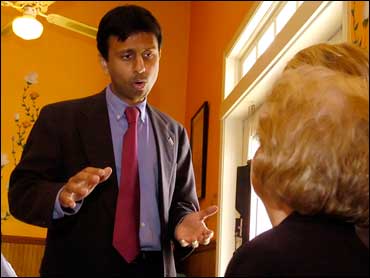 Two years after the deluge of New Orleans, no new hurricane has crashed into the Gulf Coast. Providentially few, in fact, have threatened the United States. That could change at any moment: Some meteorologists say that the only thing keeping the Yucatan's Hurricane Dean from slamming our shores last week was the high-pressure system that led to the recent heat wave. The 2007 hurricane season still has three months to go.

In the two years since Katrina made landfall - the anniversary is today - Washington has responded in typical fashion, with massive spending of questionable effectiveness. Congress has appropriated more than $7 billion to flood protection in New Orleans, and the Bush administration plans to propose more than doubling that amount over the next few years. Despite this, critics warn that the Crescent City remains vulnerable to a Category 3 hurricane, which is formidable on its own terms but isn't as extreme as these storms can become.

Barring a new disaster, however, the next Louisiana controversy to capture national attention probably will be the governor's race on October 20. Polls suggest that GOP congressman Bobby Jindal will prevail, perhaps with enough support to avoid a runoff that would take place on November 17. There's also talk of Republicans winning a chamber of the state legislature. That result would be a conundrum for liberals, who have invested themselves in a throw-the-bums-out narrative that relies on perceptions of failed Republican governance. So why on earth would the storm-battered victims of Louisiana reject the impressive competence of Democratic politicians?

The answer is obvious: In Louisiana, Democrats have controlled most of the levers of local government, from Baton Rouge on down, and it is they who are mainly culpable for the fiasco of 2005. Yet liberals almost certainly will speak from a different set of talking points. They'll say that Republicans prevailed because Katrina chased away black residents - i.e., the hurricane literally whitewashed the state.

It's probably true that black voters will make up a smaller portion of Louisiana's electorate than they did in the gubernatorial election of four years ago, when Democrat Kathleen Blanco narrowly defeated Jindal. Yet the drop-off is far less precipitous than some have suggested. Based on utility and postal records, the consulting firm GCR & Associates estimates that the July population of New Orleans topped 273,000 - a little more than 60 percent of its pre-Katrina level. (Another organization, the Greater New Orleans Community Data Center, says the figure is closer to two-thirds.) Many of the vanished voters are black Democrats, but a lot of them left only the city, not the state. GCR predicts that 1.6 million voters will participate in this fall's election and that Katrina will have diluted the black share by roughly 40,000 votes, or 2.5 percent.

Although that's not an insignificant figure, especially in a nip-and-tuck race, Jindal's margin of victory could eclipse it. In a recent poll, 63 percent of likely voters said he's their man. The race probably will tighten as voters begin to pay more attention, but for now Jindal is riding high and the contest is his to lose. It's also in keeping with the state's pre-Katrina trend toward the GOP, which arguably began when David Vitter won the 2004 Senate race, and which may continue next year when Democratic senator Mary Landrieu faces a tough reelection fight. On Monday, state treasurer John Kennedy switched parties, from Democrat to Republican, possibly in anticipation of a bid to unseat Landrieu.

Democrats have become desperate. In a new television ad, they claim that "Jindal doubts the morals and questions the beliefs of Baptists, Methodists, Episcopalians, Pentecostals, and other Protestant religions." The charge is supposedly based on a 1994 article that Jindal wrote for The New Oxford Review, a Catholic magazine, and it scandalously misrepresents what he actually said. Its purpose, of course, is manipulation rather than truth-telling. The goal is to depress Jindal's support in Louisiana's northern-tier Bible Belt, which leans Republican but which also didn't support Jindal, an Indian-American convert to Catholicism, as strongly as some forecasters had anticipated in 2003. The attack is so ham-fisted that it may actually redound to Jindal's advantage.

With luck, this hurricane season will bypass the Gulf Coast and give the region more time to prepare for the next challenge to its infrastructure. Unfortunately, a mean season of racial and religious demagoguery is already upon us.