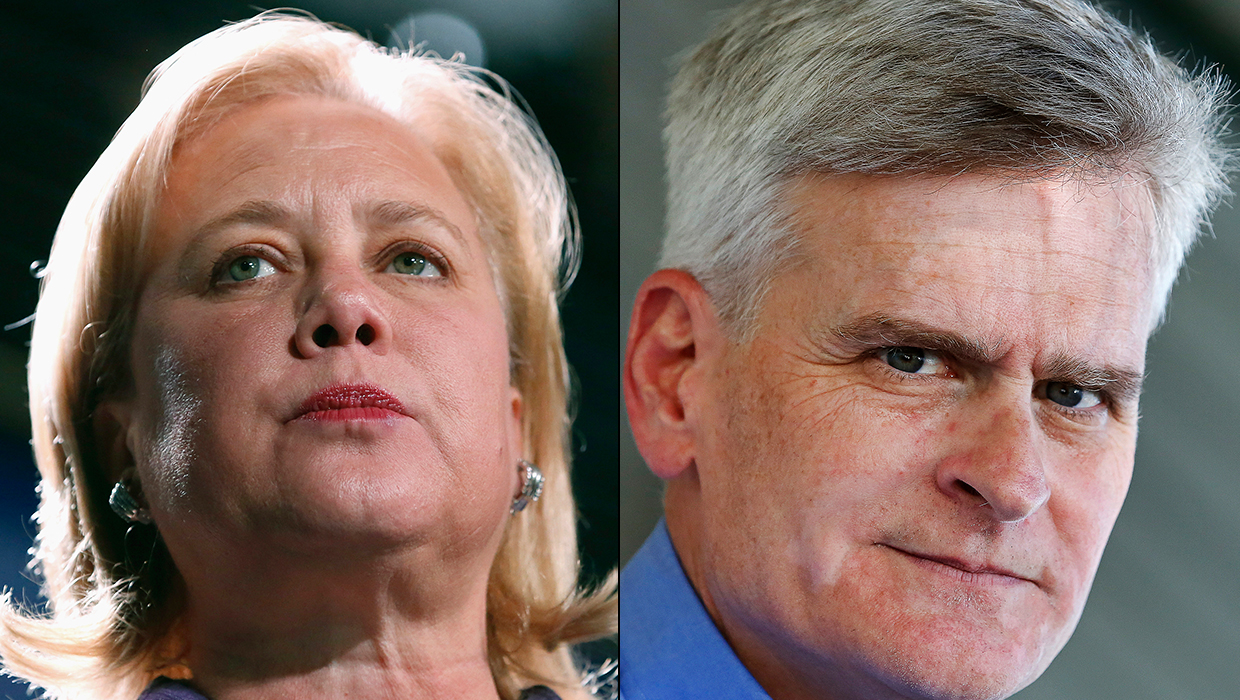 With Cassidy's victory, the GOP will hold 54 seats when the Senate convenes in January, nine more than they have now. Republican victories in two Louisiana House districts Saturday -- including the seat Cassidy now holds -- ensure at least 246 seats, compared to 188 for Democrats, the largest GOP advantage since the Truman administration after World War II. An Arizona recount leaves one race still outstanding.

In Louisiana, early returns showed Cassidy with a wide lead.

Landrieu had narrowly led a Nov. 4 primary ballot that included eight candidates from all parties. But at 42 percent, she fell well below her marks in previous races, leaving the incumbent scrambling in a one-month runoff campaign that Republicans dominated via the air waves while national Democrats financially abandoned her effort.

Landrieu's defeat is a blow for one of Louisiana's most famous political families, leaving her brother, New Orleans Mayor Mitch Landrieu, to carry the banner. The GOP sweep also denied former Gov. Edwin Edwards a political comeback; the colorful 87-year-old politician, who had served four terms as governor, sought to regain public office after serving eight years in federal prison on corruption charges.

In the South, Democrats will be left without a single governor or U.S. senator across nine states stretching from the Carolinas to Texas. And the House delegations from the same region are divided almost entirely by race, with white Republicans representing majority-white districts, while majority non-white districts are represented by black or Hispanic Democrats.

Like victorious Republicans in those races, Cassidy, 57, made his bid against Landrieu as more about Obama than about his own vision for the job. An Illinois native, Cassidy made few public appearances during the runoff, seeking to avoid missteps that could change the race.

But in a state where 73 percent of white voters on Nov. 4 told pollsters they "strongly disapproved" of the president, that was enough to prevent Landrieu from finding her footing. Cassidy also enjoyed a prodigious advertising advantage in the runoff: Of every dollar spent by outside groups during the one-month runoff, 97 cents benefited the congressman.

Landrieu tried several messages over the course of her losing effort.

Most recently, she had hammered Cassidy as unfit for the job and interested more in partisanship than helping Louisiana. She directed her most pointed criticism at Cassidy's medical teaching job with the Louisiana State University hospital system. Calling Cassidy "Dr. Double Dip," Landrieu suggested the congressman collected a $20,000, taxpayer-funded salary for little or no work, describing gaps and discrepancies in Cassidy's LSU timesheets. LSU said it's looking into the timesheet questions.

She argued that the race shouldn't be about Obama, but also targeted advertising on radio stations geared to the black community, where the president remains popular.

Her anchor argument was that her seniority was a boon for Louisiana, particularly her chairmanship of the Senate's energy committee, an important panel for this oil-rich state.