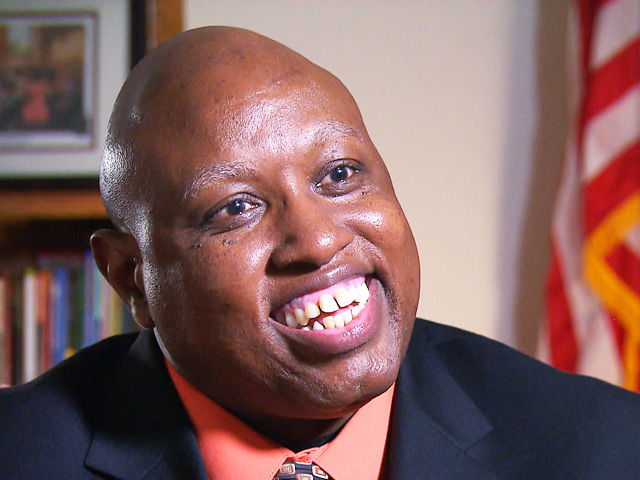 PORT BARRE, La. -- Here at Port Barre Elementary in Port Barre, La., we found the most contagious smile in Cajun country. It belongs to elementary school principal Gabe Sonnier and it comes so naturally, it's like his face has no other option.

Mr. Sonnier can't even make a frown if he tries.

The guy clearly loves his job.

He's new to the principal position, but he's been working at this same school for more than 30 years. In fact, Mr. Sonnier began his career in education just down the hall.

"This was my office right here," he said, opening the door to a small closet.

Office in the most liberal sense of the word.

"This is a mop room," he acknowledged.

Mr. Sonnier's incredible journey from janitor to principal began in 1985 when then-Principal Westley Jones pulled him aside one day.

"He said, 'I'd rather see you grading papers than picking them up,'" Mr. Sonnier recalled.

No one had ever believed in him that much.

So, at the age of 39, whenever he wasn’t cleaning classrooms, he was studying in them. He got his teaching degree and, shortly after, his first teaching job. Then came the Master's of Science and Education.

"Isn't that something?" Mr. Sonnier asked.

It is something. And yet despite all the degrees and the new job, Gabe Sonnier hasn’t forgotten where he came from. Believe it or not, he still cleans his own office. Obviously, you can take the janitor out of the mop room, but you can't take the work ethic out of the janitor.

And there's a lesson in there for boys and girls and grown-ups everywhere.

"Don't let your situation that you're in now define what you're going to become later," Mr. Sonnier said. "I always tell them it's not where you start, it's how you finish."

And Mr. Sonnier isn't finished yet. Before we left, he confessed that he wouldn’t mind being superintendent someday.

Does the superintendent know this?