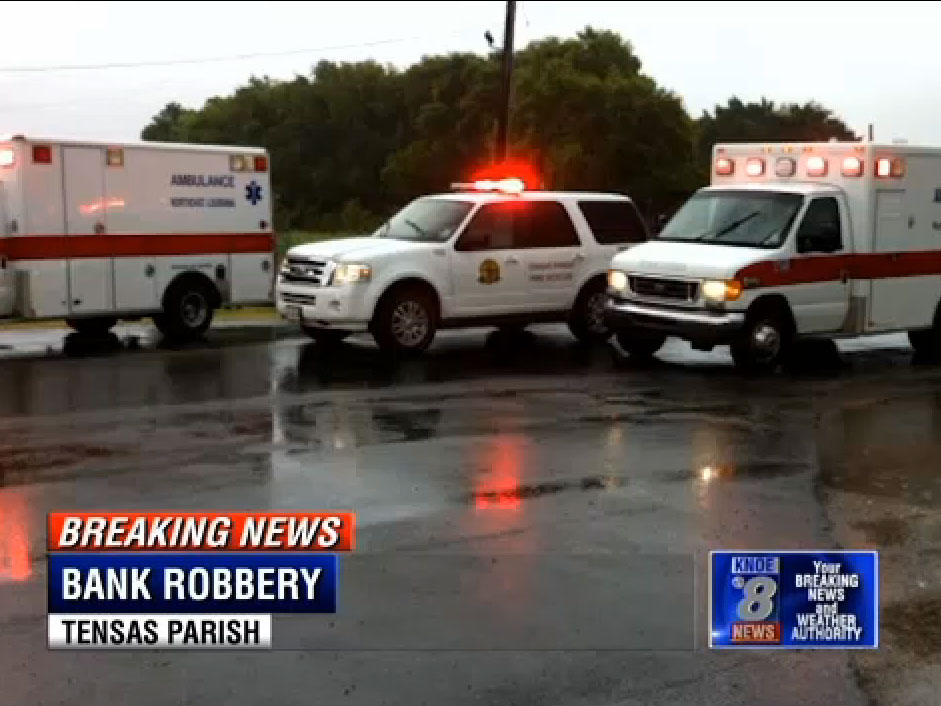 (CBS/AP) State police and authorities in Tensas Parish, La., say a gunman has taken at least three people hostage at a bank.

It happened Tuesday afternoon at the Tensas State Bank in St. Joseph, La., southeast of Monroe in the northeastern part of the state.

The negotiator is talking with the armed bank robber who is inside the building, reported CBS station KNOE 8 News.

Edmonson says authorities believe three bank employees were being held hostage. It was unclear whether any customers were in the bank.