Plenty of commentators, including yours truly, argued during the Democratic primaries that Barack Obama had shown a weakness with Latino voters which could last through the general election and help John McCain on Election Day. McCain, known for his strong support for "comprehensive immigration reform" including a pathway to citizenship for illegal immigrants already in the United States, would be able to make inroads into this growing demographic group. The thinking went like this: When you combined Obama's perceived weakness with Latinos in the primary and McCain's strengths as a candidate, the Republican nominee could hope to do at least as well as, and maybe better than, George W. Bush's 40 percent of the national Latino vote in 2004.

Well, here's a revised prediction. That's not going to happen. Obama has already shown strength among Latinos in recent general election polls, strength that will likely continue through November 4. Obama will match John Kerry's percentage of the 2004 Latino vote, perhaps do better.

What's the reason for this revised prediction? I went to see the two candidates address the seventy-ninth convention of the League of United Latino Citizens (LULAC) in Washington, D.C., on Tuesday. It was a study in contrasts. McCain spoke around lunchtime and received a polite welcome. LULAC officials noted the long-standing ties the senator has with the group and his support for immigration reform. The audience respected McCain. They didn't heckle and seemed open to hearing him out.

I'm not sure they liked what they heard, however. McCain's speech was geared for a national audience, not a special interest group like LULAC. He largely repeated his economic message, drawn heavily from a speech delivered the previous day in Denver. The audience applauded loudly when McCain extolled the virtues of small business and pledged to double the income tax deduction for dependents from $3,500 to $7,000. But that was about it. The LULAC folks wanted to hear about pathways to citizenship, health care, and means to address the skyrocketing dropout rate among Latino secondary school students. McCain touched on some of these subjects, but spent most of his time extolling the virtues of his "Lexington Project" to make America "energy independent." The audience perked up again toward the end of the speech when McCain mentioned immigration and the sacrifices made in war by immigrants to America. By then, though, the speech was finished.

Obama appeared late in the afternoon. There was more energy in the ballroom, more campaign signage, more people, and louder music. The elevator muzak that had preceded McCain's speech was replaced with Shakira's "Hips Don't Lie." McCain's speech felt like your typical rubber-chicken affair. Obama's felt like a party. And Obama made the wise choice of having one of the nation's senior-most Latino elected officials, Los Angeles Mayor Antonio Villaraigosa, introduce him. McCain might've had Florida Senator Mel Martinez do the same for him. He didn't. The LULAC leadership introduced McCain.

Obama brought the audience to its feet when he entered and exited the stage. He had them cheering throughout. His speech used the theme of diversity to argue for immigration reform and economic policies aimed at the Latino working class. This is LULAC's bread and butter, and the audience ate it up. The room clearly supported the Illinois senator.

Obama's speech was of course well delivered, but it also contained some major flaws. Obama portrayed himself as a champion of immigration reform, but Obama did as much as anyone to scuttle the 2007 immigration bill, as Fred Barnes first reported here). (Also, see this David Brooks column from June.) And in what appeared to be an ad lib, Obama said he had stood by the Latino community during the Democratic primary, when things got rough during the debates. He may have been referring to an MSNBC debate last October, when he said then-New York governor Eliot Spitzer's plan to issue drivers licenses to illegal immigrants was "the right idea." By saying she opposed Spitzer's plan but supported what he was trying to do, Sen. Hillary Clinton famously got trapped trying to please every constituency. Obama simply supported Spitzer. His stance was clear (at least during that long ago debate). It was also unpopular.

McCain could make drivers licenses for illegal immigrants an issue, but he's unlikely to do so. It seems he wants to stay as far away from the immigration issue as possible. That's because the right continues to distrust McCain, and championing immigration reform won't do anything to allay that distrust. Look for McCain to mention immigration as little as possible, and to emphasize border security when he does. Which means the issue has been ceded to Obama -- and with it the Latino vote.
By Matthew Continetti
© 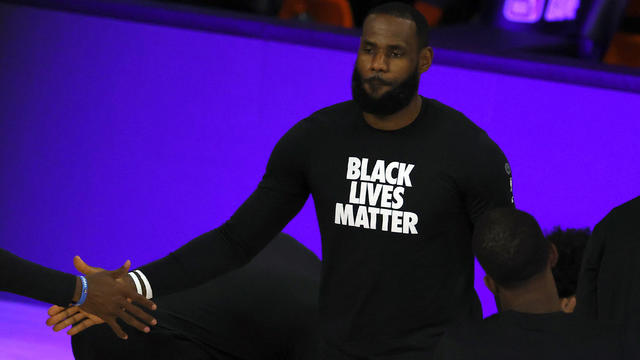