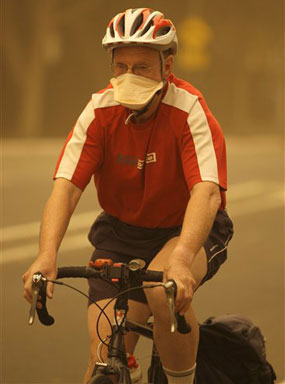 I am speaking to you from London, England. We do things differently here. I say tomato, you say tomato. You say faucet, I say tap. You have an apartment, I have a flat. You go up in the elevator, I come down in the lift.

Yes, we are two countries divided by a common language. Our politics are different too. You have a President. We have a Prime Minister. We both do political parties. Your Republican Party is roughly equivalent to our Conservative Party - it veers to the Right. Your Democrats are sort of the same as our Labour Party - a little to the Left.

But now comes the difference. We all know who is your Number One Republican - it's the President, George W Bush, of course. But who leads the Democrats? That's the question. Over here right now we are getting plenty of reports of the beauty contest taking place on your side of the water - with hopeful Democrats parading their wares in the run-up to next year's presidential election. Senator John Kerry and his colourful wife, Teresa Heinz, are getting plenty of attention in our media. But who is going to carry the flag for the Democrats in 2004? The truth is: nobody yet knows.

Here in Britain, it's quite different. When WE have an election, the leader of the victorious party becomes Prime Minister - and what happens to the leader of the vanquished party? Does he disappear into the sunset like Al Gore? No, sir. He gets a job - an official job - with a salary and a staff and a car, all paid for by the tax payer. He becomes the Leader of the Opposition - or, to give him his title in full - because we really do do things differently here - the Right Honourable the Leader of Her Majesty's Loyal Opposition.

So, yes, throughout Tony Blair's term as prime minister, there's a guy, one guy - in this case, the Leader of the Conservative Party - who is paid by the people to oppose the prime minister, to question him, to call him to account, to stand up in parliament and shout at him - and then to stand against him at the next election. Bizarre, isn't it?