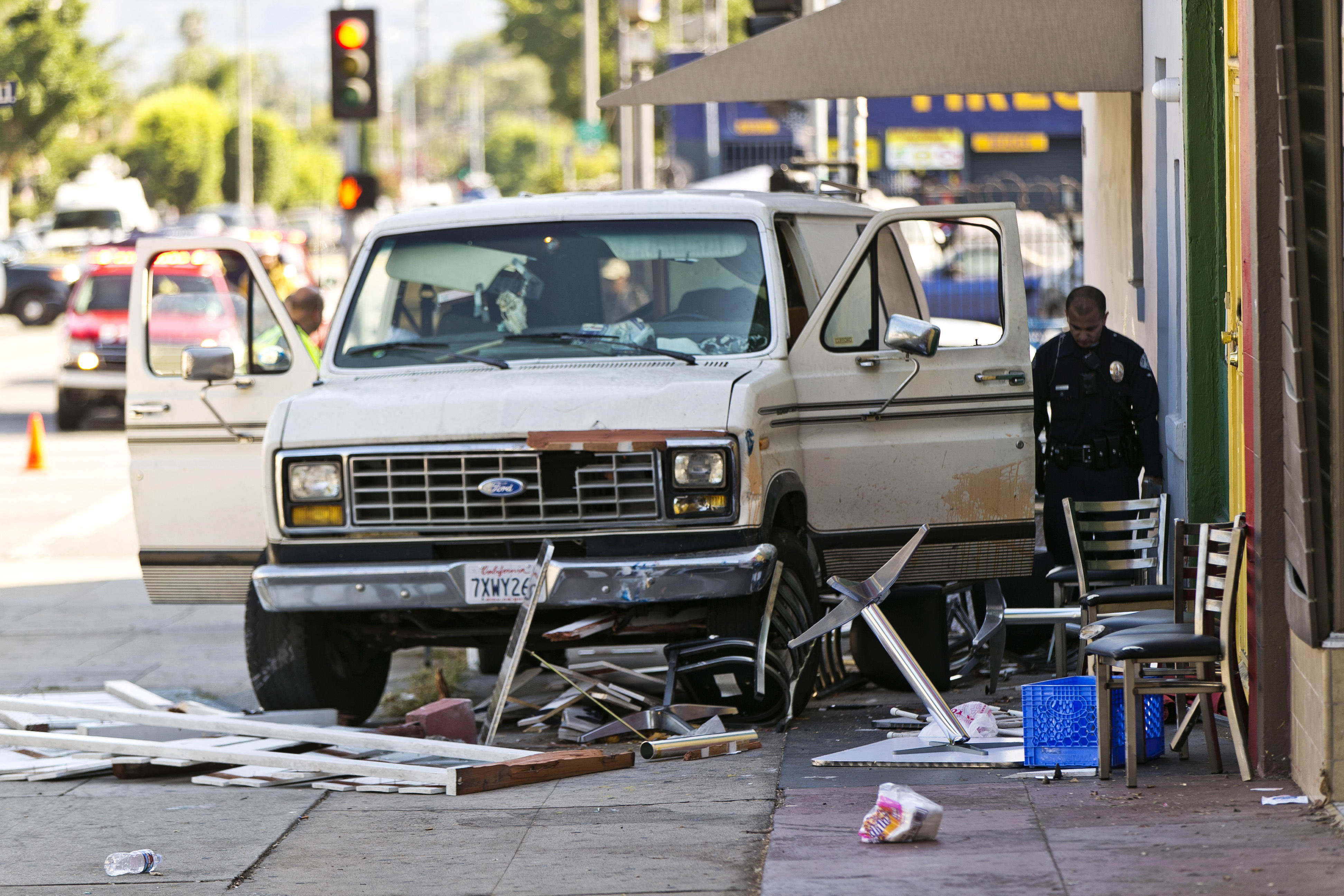 At least 11 people were injured when a vehicle crashed into bystanders Sunday afternoon, the Los Angeles Police Department confirmed to CBS News.

The incident took place at 3:47 p.m. at West Pico and Redondo Boulevard when a van and pickup truck collided; that's when the van jumped a curb and careened into a crowd of bystanders, an LAPD spokesperson said. Authorities say it took place at an outdoor dining area.

Of the 11 injured, one person was listed in critical condition.

Sunday evening officials said the driver was arrested on suspicion of hit-and-run.

The driver, who hasn't been identified, blew through a red light and struck another car at an intersection, according to Police Sgt. C. Barlow. She said that triggered the crash that sent a van to slam into a group of people outside dining at a restaurant in the city's Mid-Wilshire neighborhood, The Associated Press reports.

The Los Angeles Fire Department said in a statement that eight people required emergency transport. They said an off-duty firefighter was injured at the scene but did not sustain injuries requiring transport.

Officials say a 44-year-old man was in critical condition, according to the Reuters news agency. The age range of those injured were 18 to 51, it added.

Reuters writes that the van's driver, a 39-year-old man, was in fair condition.

"Everyone was eating, enjoying life and out of nowhere this van ran them over," Courtney Crump told The Associated Press.

He described the scene at The Fish Spot restaurant as panicked witnesses rushed to help several victims pinned under the van.

The driver came out of the van and appeared disoriented, Crump said. He jumped back into the van, prompting witnesses to hold him until authorities arrived, AP writes.

An investigation is underway.