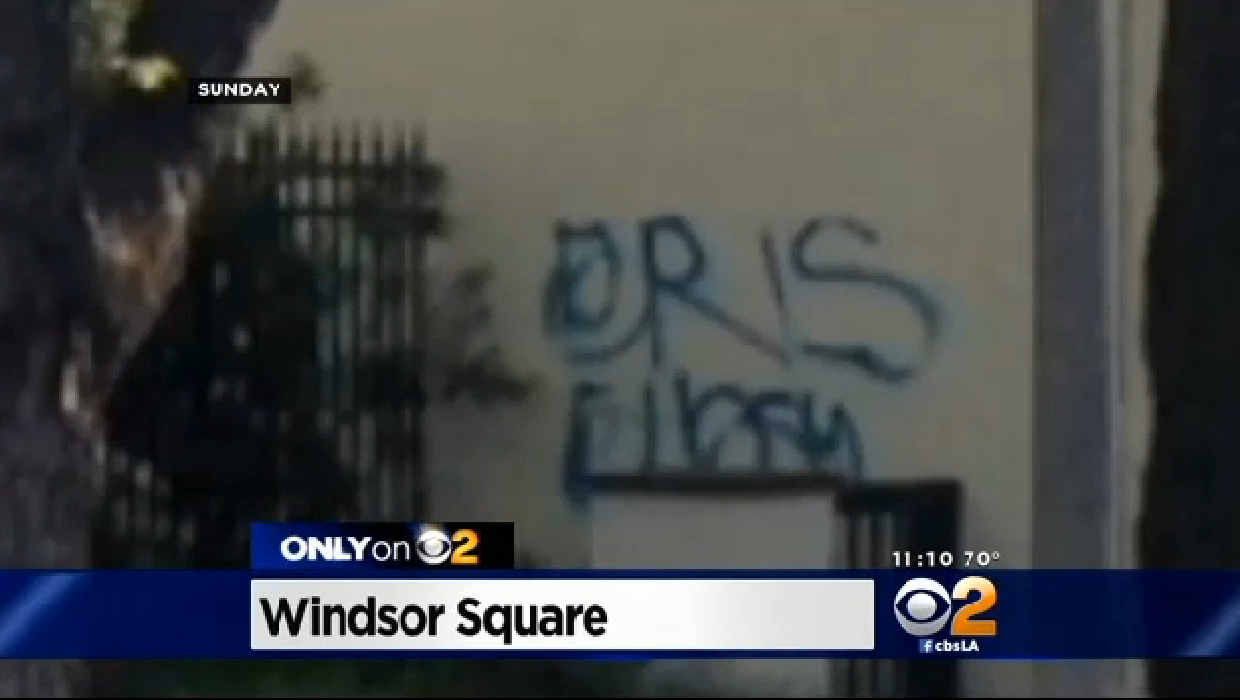 Photos taken on Sunday afternoon reportedly show graffiti on the walls of the landmark.

It was one of several homes hit in the area, according to the Los Angeles Police Department. No arrests have been made, but authorities believe kids were involved, reports the station.

Mayor Garcetti told CBS Los Angeles he noticed the graffiti on the wall for the first time on Monday morning.

Asked if his house has ever been tagged before, Garcetti said, "Sure, when I lived over in Echo Park. I think so many Angelenos have had their business or home tagged before, it's an annoying thing of life, but we have to make sure we go after it quickly."

Steve Barshop, who lives a few houses down, said his home was also affected.

"This happened once maybe 20 years ago," he said.

Garcetti said he's been fighting tagging and graffiti dating back to his city council days. He said the city needs to deal with the issue.

"The quicker we get it down, the more frustrating it is for the tagger," he said.

"When we catch people, we are going to make sure there is a punishment," Garcetti continued. "We're not seeking to send kids to jail forever, but we have to take a hard line of making sure that people know this is unacceptable."

Garcetti said if someone sees tagging in their neighborhood, they can dial 311 to report it, and a crew will be out within 24 hours to paint over it.