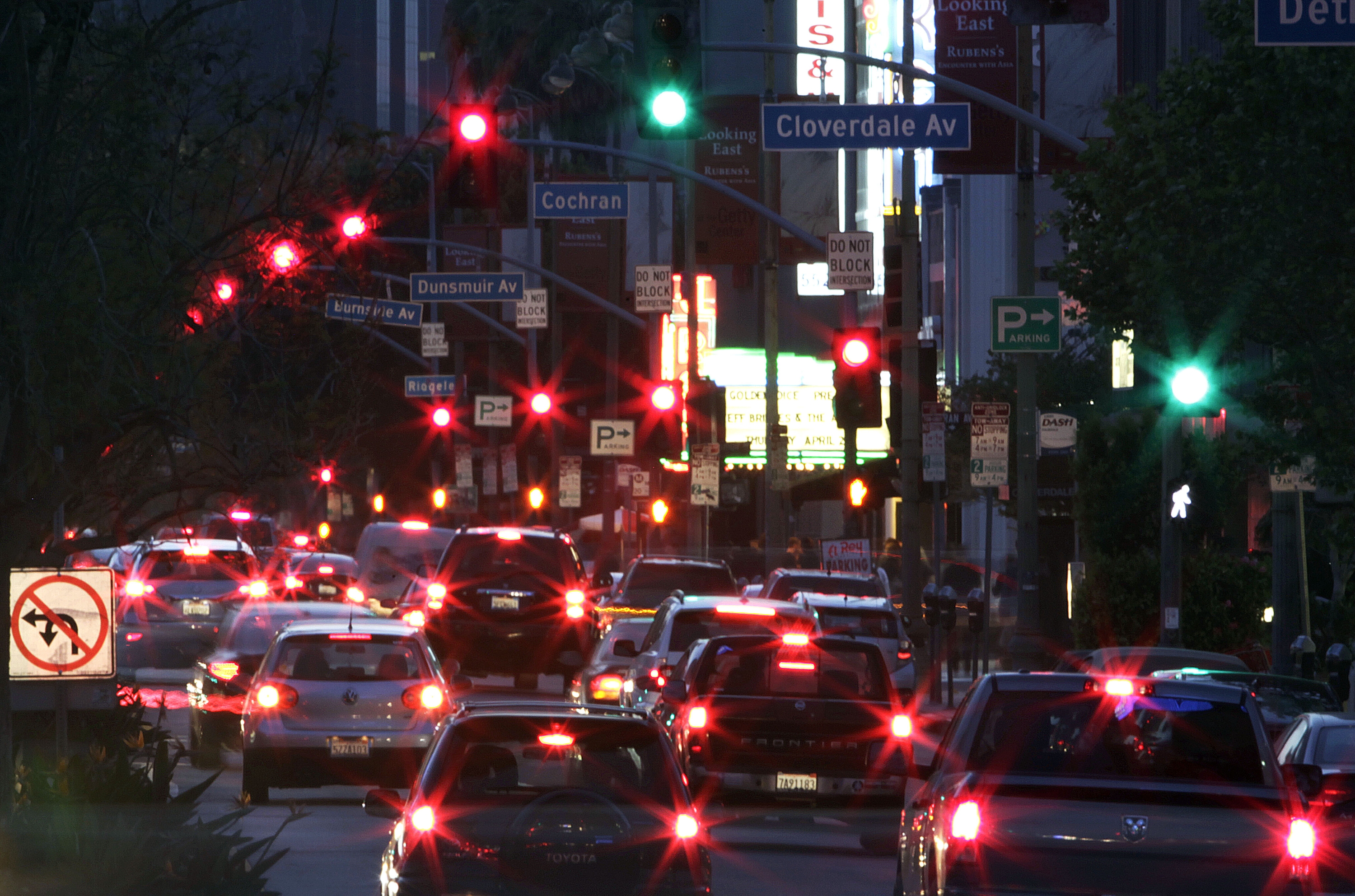 (CBS News) Los Angeles is the most congested metro area in the country, but you may be surprised to learn that the city has become a model for traffic control. The new cutting-edge system has transportation experts cheering.

"This is the city known for sprawl, said Los Angeles Mayor Antonio Villaraigosa. "With population growth and with so many people buying their kids a car when they graduate from high school, we're going to have a lot of traffic in this town."

In February, Villaraigosa announced the completion of a 29-year project to synchronize 44,000 traffic signals across the city's 469 square miles. He says that this feat will improve both gridlock and quality of life.

The synchronization system, which cost $400 million, has been called the most comprehensive traffic mitigation effort in the world. There are circular shapes in the road which act as magnetic sensors that send real-time traffic updates through fiber-optic cables to an underground command center in downtown Los Angeles.

"When a vehicle goes over the sensor, then that's counted and detected," senior transportation engineer Verej Janoyan said. "That information is routed back to the computers in the control center and the system is constantly monitoring the demand at each intersection."

If the computers detect an abnormal backup in traffic, they will automatically adjust the signals in that area. For example, they will hold some stoplights on green longer to help the congestion clear. If the computers can't fix the problem, engineers monitoring more than 500 live video feeds around the city will step in.

Janoyan said that he doesn't think the new system will make the congestion disappear but it will allow the city to better manage it.

Beyond car traffic, the system also monitors alternative forms of transportation, like bike riders and pedestrians. Mass transit is given priority status so trains can move through the city without stopping while green lights are held longer for buses that are running behind schedule.

While some American cities have synchronized some of their traffic signals, none have gone as far as Los Angeles.

Studies show the new system is making an impact. According to the city's planning department of transportation, it has reduced the drive time on major LA corridors by 12 percent while increasing travel speeds by 16 percent.

Unfortunately for most Los Angeles residents, the improvements to the traffic system are largely imperceptible.

"I think they will appreciate more when or if the system wasn't working. Congestion is going to be here because we have a very vibrant city," said Janoyan.

Although there will always be gridlock in Los Angeles, it could be a whole lot worse, but don't expect Los Angelenos to stop complaining about it any time soon.