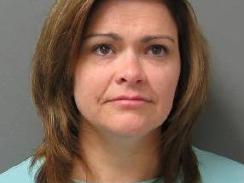 (CBS/AP) MOUNT HOLLY, N.J. - Lori Stilley, a woman who scammed relatives and others into thinking she was dying of cancer, was ordered by a New Jersey judge to perform 500 hours of community service.

Stilley pleaded guilty to theft by deception for receiving nearly $12,000 in donations from more than 300 people in 20 states, who even paid for her wedding. She was sentenced Thursday.

Prosecutors say the 41-year-old former Delran resident told relatives and posted on Facebook in 2011 that she had been diagnosed with bladder cancer. But they became suspicious when Stilley said she was feeling better.

The Philadelphia Inquirer reports Stilley's younger sister and ex-husband asked the judge to impose the maximum sentence because of the emotional damage she caused her 13-year-old daughter and 8-year-old son.

Stilley has remarried and lives in Chester County, Pa.