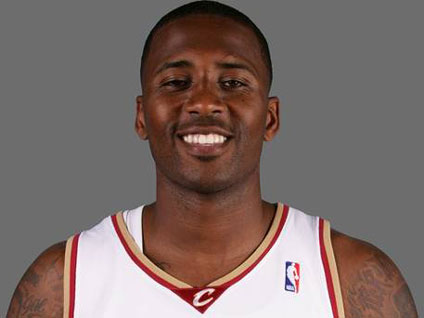 MEMPHIS, Tenn. (CBS/WREG/AP) One focus of the investigation into the death of Lorenzen Wright is the former NBA player's ex-wife, Sherra.

Police spent most of Sunday searching for evidence at the 39-year-old's Collierville home, but no arrests were made.

Myeyewitnessnews.com reports that officers could be seen removing several items from the house and were closely inspecting the grill and fire pit.

Police took a special interest in the backyard area after neighbors said they saw a large fire in Sherra's backyard after her ex-husband's disappearance.  Neighbors reported the fire because it happened to be one of the hottest nights of the year, reports my eyewitnessnews.com.

Instead of squashing rumors that she was involved in her ex-husband's murder, Sherra watched the search unfold from inside a van parked outside her home; however, Gail Mathes, Sherra's lawyer, spoke on her behalf.

"It's sad, it's almost as if people want to find a cause and she's right at hand to blame," Mathes told CBS affiliate WREG.

Mathes also revealed an encounter that her client had six weeks before the death of Sherra's ex-husband.

According to Mathes, Sherra was threatened at her home by three men looking for Lorenzen.

Mathes claims Sherra told her ex-husband about the armed men dressed in sport coats who had threatened her, but failed to report the incident to police because "she was told that if she said anything she would be killed, or her children."