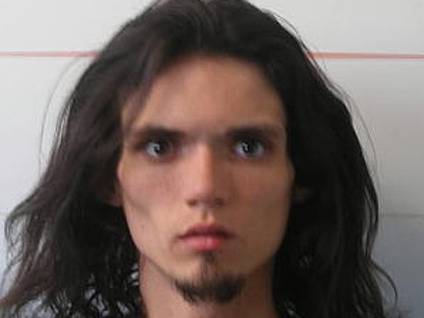 The big-mouthed men, who were visiting New York from Tennessee, were pulled over when officers noticed their 1994 Acura Integra's tinted windows and missing license plate, according to the Post.

When an officer asked the driver for his license, Donald Martin West, 41, also offered up his Tennessee gun permit. West allegedly told the officer, "I got a gun on me," and added it's "in the small of my back," said the paper. Unfortunately for West, a Tennessee gun permit isn't necessarily valid...outside of Tennessee.

West's inability to keep quiet had the cops in hysterics as he freely admitted to having marijuana and pipes in the car, as well as handcuffs, bullets and an extra gun magazine, said the Post.

Police asked the passenger, Tory Davis if he had anything to add.

Davis, 23, allegedly chimed in that he had two "blunts" - meaning marijuana - in the car's ashtray.