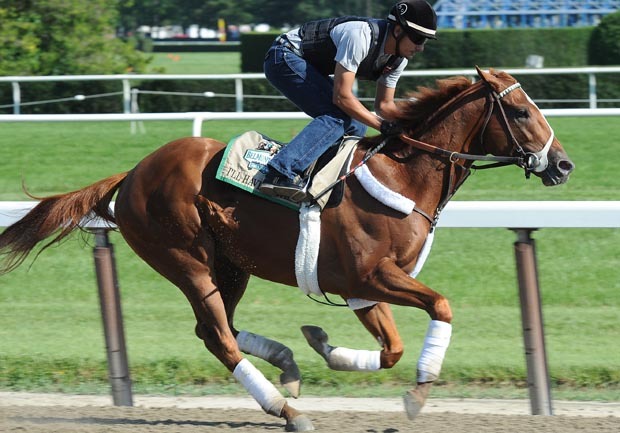 O'Neill says the unidentified horse went between the rail and I'll Have Another, and that exercise rider Jonny Garcia told him the horse grazed his boot. The trainer feared a collision was imminent.

O'Neill says he's seen accidents like that, and "they are ugly." He says his stomach is "still a little twisted" and he doesn't want to think about what nearly happened.

O'Neill said I'll Have Another was lucky, the New York Daily News reports.

"Normally, when a horse hears another horse coming up on him, they look over and if he did that he would have been T-boned by that horse," he said.

I'll Have Another will attempt to become the first Triple Crown winner in 34 years at the Belmont Stakes on June 9.

COVID-19 will kill off thousands of top brands, expert says