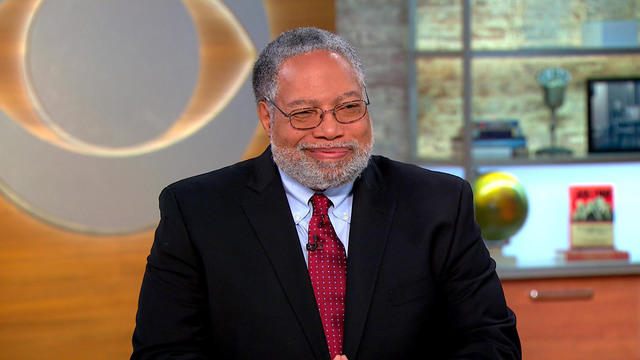 More than three million people have visited the Smithsonian's National Museum of African American History and Culture since it opened nearly two years ago. One of the many stories the museum tells is Dr. Martin Luther King Jr.'s last visit to Memphis, where he was assassinated 50 years ago.

Lonnie Bunch, the museum's director, joined "CBS This Morning" to discuss King's biggest contributions and what we can still learn from his leadership today.

"I've always through his greatest legacy is the simple fact that King reminded us that protest is the highest form of patriotism. That you love a country, you do everything you can to help it live up to its stated ideals," Bunch said.

Earlier this week one of King's children told CBS News that he's worried people have "dumbed" down his father's legacy. While Bunch agreed that monuments tend to make "the rough edges of history smooth," he doesn't feel that King's legacy is under threat.

"You forget that there were losses as well as victories. But I think what you really realize is that new generations are, I think, looking to King to say, 'How do you change a country in a nonviolent way but in a profound way, " Bunch said. "And that's why I think it's so powerful to see these young kids who are involved in the March For Our Lives reaching back to King."

While some of today's movements may harken back to what King did, Bunch maintains that we've yet to see another Martin Luther King Jr. – and we may never.

"No one had his charisma, his sense of strategy, his sense of being able to cross many lines. What we have are leaders that lead in certain areas but we don't have a national leader and I think the world has changed. Social media makes it harder for national leaders and gives local people more power. So in some ways, I don't think we'll have another Martin Luther King," Bunch said.

Of what King would think of where America stands today in terms of equality, Bunch isn't so sure. He believes that King would acknowledge there's certainly been change, but he would also be disappointed.

"I think he would worry that we still see black lives not mattering the way they should. We still see urban settings that look like 1968, that there's not a sense of hope and I think he would really despair the fact that he doesn't see a unified sense of helping America become the beloved community, he said. "I think the lack of economic justice would be something he'd be very concerned about."

The museum is launching a new program that allows groups of people less than 10 to visit the museum without a pass every Wednesday in April.

"I think what we need to do is continue to use museums and education to make sure he's not forgotten, but to make sure we tell all the rough edges. I mean the notion that King struggled and stumbled and fought hard and was still victorious is a lesson for us all."