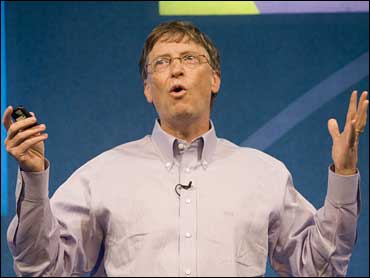 This story was written by Lisa Lerer.

To fill them in, the "other" Edwards is a nine-term centrist Democrat whose background in military and veteran affairs could help balance out Obama's lack of foreign policy experience. And here's the kicker: Edwards' district also covers Crawford, making him the congressman representing none other than President Bush.

It's unlikely Obama will take Pelosi's advice, since cycle after cycle conventional wisdom trumps creative thinking in the veepstakes. But could the mantra of change mean that the year of the longshot running mate has at last arrived?

Just in case it has, Politico asked 14 consultants, campaign staffers, political historians and key fundraisers to name their most unconventional-but reasonably viable-picks. (And just in case it hasn't, we've let them offer their picks on background, so they can offer the names they really mean.)

Among Republicans, two traits were esteemed above all others: business experience, which could help to offset McCain's weakness on economic issues and tap into voter concern about the struggling economy, and youth, for the obvious reasons.

Without further ado, the Republican gurus and sweet young things:

Bill Gates: Several Republicans and even some moderate Democrats called the Microsoft founder John McCain's dream running mate. Gates could position McCain as a trusted voice on the economy and his multi-billion dollar commitment to charitable giving could soften up the campaign's image.

And there's no question he could help scare up a few dollars. In 2006, Gates convinced billionaire investor Warren Buffett to give $31 billion to the Gates Foundation.

There's just one little hitch: he seems to favor the Democrats these days. While Gates has given generously to both parties (including $2,000 to McCain in 2003) and advocated for a broad swath of policies over the years, in this cycle he's contributed $2,300 to both Dems, and nothing to McCain.

Meg Whitman: While former Hewlett-Packard head honcho Carly Fiorina has been McCain's most visible emissary from the business world, a top McCain fundraiser and several other Republican Party staffers said that former eBay CEO Meg Whitman would be the better businesswoman pick.

The 51-year-old Harvard Business School grad is already a player in the party. Last month she raised $2.5 million for the presumptive Republican nominee at an event at her Silicon Valley home, and she's rumored to have her eye on the 2010 California gubernatorial race.

While Fiorina was pushed out of HP with a $21 million golden parachute after thousands of layoffs failed to improve the company's lagging performance, Whitman's is more of a success story. She built eBay from a small start-up into a worldwide brand that provides income to 1.3 million small entrepreneurs, a number McCain often drops into his stump speeches.

The cloud in all that silver lining just might be Whitman's estimated $1.4 billion net worth, which is not necessarily the kind of number a candidate wants floating around during an economic downturn.

Rep. Eric Cantor: The House's chief deputy whip is well-respected in the party for his conservative record on fiscal and military issues, according to several Republican lobbyists, and he's from Virgina, a key battleground state. At 45, he's a baby compared to McCain but is already serving in his fourth term in the House, giving him more legislative experience then Obama.

Before entering the House, Cantor worked for over a decade in his family's real estate business, so he would fill in the privae sector hole in McCain's resume. An ever-vocal low-tax warrior, he'd appeal to fiscal conservatives still wary of McCain's tax-cutting credentials.

One of the few Jewish Republicans in Congress and a staunch supporter of the state of Israel, he could also be an electoral asset in potential swing states with sizable Jewish populations like Florida and New Jersey.

And he's a strong party fundraiser, to boot.

But while Republican insiders love him, Cantor remains largely unknown and untested on the national stage.

The Democrats, on the other hand, were on the hunt for an older running mate with solidly mainstream views to reassure voters concerned about Obama's relative inexperience, and to deflect Republican claims that his background and beliefs place him outside of the mainstream of the American experience. Several people Politico spoke with even suggested pro-life picks, which would sure make for a wild time in Denver.

Here, then, are a few of the experienced hands and mainstays of the mainstream who just might fill out the ticket:

William Cohen: The former Republican Senator from Maine and Clinton-era Secretary of Defense would double down the ticket's national security bona fides while also burnishing its bipartisan image.

One former George W. Bush campaign staffer, though, also pushed Cohen for his personal connections: he served as the best man at McCain's wedding to his wife Cindy.

But the 67-year-old Cohen would do little to insulate McCain from the charge that he's too old to be president. That hit would pale, though, compared to those that would be aimed at a veep who founded and serves as Chairman and CEO of The Cohen Group, which did almost $2 million worth of lobbying work last year, most of it for military contractors.

Robert Rubin: The Clinton-era Treasury Secretary would bring a wealth of economic expertise to the ticket, said several young Democratic political consultants. The long-time Clintonite could reassure economically anxious voters, who remember him as the steady hand that oversaw spectacular economic growth in the 1990s. And adding Rubin, who'd endorsed Hillary Clinton in the primary, could help return the remaining strays from her flock to the fold.

After leaving the Clinton administration, though, Rubin joined Citigroup to work as a self-described "consigliore" to the banking giant's most elite clients. With the number of foreclosures still increasing and Citigroup reporting record losses from its subprime mortgage investments, he'd be a ready-made target for attack ads.

Timothy Roemer: The former Indiana Congressman is a moderate Democrat with solid foreign policy credentials, having helped to create the Department of Homeland Security and the 9/11 Commission, on which he later served as a member.

As a pro-life, socially conservative Catholic, Roemer could help Obama in a swing voting block that leaned towards Clinton in the primary, said one staffer from a Democratic fundraising group.

At 51, he would brings over a decade of experience in the House to the ticket. Roemer campaigned vigorously for Obama in Indiana-a state the campaign narrowly lost to Clinton.

But Roemer's anti-abortion stance helped to cost him the Democratic National Committee chairmanship. And while the Democratic ticket would remain the only game in town for pro-abortion rights voters, adding Roemer to the ticket would significantly dampen their enthusiasm.

Donna Shalala: Her service as Health and Human Services Secretary under President Clinton and at the Department of Housing and Urban Development under President Carter have put her at the crux of two key issues is this year's campaign-health insurance and the subprime crisis.

One political pro from a left-leaning think tank proposed Shalala for her bipartisan appeal: In 2007, she was picked by President Bush to co-chair the Commission on Care for Returning Wounded Warriors. Last month, Bush awarded her the Presidential Meal of Freedom.

Her personal narrative, though could pose a problem, according to other Democratic staffers. Shalala is the daughter of Lebanese immigrants-a potential landmine for Obama, whose campaign is dogged by persistent misconceptions about his heritage.

Shalala currently serves as president of the University of Miami (swing state alert!) where she teaches political science. During her presidency, she's wrangled with unions over employment issues, which, depending on who you ask, could help or hurt in the general election.

There's no doubt, though, that Republicans would try to associate her with every left-wing professor and academic group in the school. Are middle-American voters ready to find out what LGBT stands for?

Colin Powell: The Republican would bring a distinguished military career, national security gravitas and a bipartisan reputation to the Democratic ticket. He's hinted before that he could jump to Obama, a rumor Robert Novak resurrected last week.

But is America ready for a double-minority ticket? One of our most well-known academic experts said yes, but consultants from both parties and Democratic campaign staffers disagreed. And then there's the whole weapons-of-mass-destruction issue. Sure, Powell had doubts about the pre-war intelligence, but now Democratic voters could have doubts about his.

Finally, there's one name notable for its complete omission by our kitchen Cabinet: New York Mayor Michael Bloomberg. The registered independent and self-made billionaire with a reputation for big ideas was once the subject of presidential speculation of his own-and, some might add, of his own making-hinted he'd consider joining either ticket. Which just goes to prove that there is such a thing as too bipartisan.