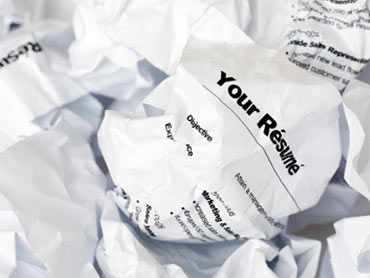 Even though many economists say the Great Recession ended over the summer, you'd never know it by the millions of Americans still struggling to find work. The once prosperous and gainfully-employed middle class is being hit especially hard, reports CBS News Correspondent John Blackstone.

The unemployment rate has backed off a touch from 10 percent to 9.7 percent, but that's little comfort to the long-term unemployed - those out of work more than six months. They make up 40 percent of people collecting unemployment.

"These people, when you look at their unemployment rate, it's just off the charts," says Lakshman Achuthan, managing director of the Economic Cycle Research Institute. "It's very different from earlier patterns that we've seen in recessions."

For those who once worked in the auto industry, housing and manufacturing, new jobs could be a long time coming, Achuthan adds, pointing out that, "Ten years ago, we had 18 million or so people in manufacturing; now, it's a little over 10 million. So you have 8 million jobs gone and there not coming back, ever."

Blackstone spoke with Kelley Novak, who used to own a restaurant in Napa, Calif. called the No Bad Day Café and has been trying to cook up ways to keep money coming in at a time when finding a job seems close to impossible.

"It' hard," she says, "because there's nothing available and, you know, you just have to get creative."

What she's trying to create is a small catering business.

The recession hit her eatery hard. "We were down 30 percent like everybody else," Novak says. She had to close the restaurant and worst of all, lay off her workers. "It was sad. It was really sad," Novak recalls.

With California's unemployment rate over 12 percent, it may be a long time before the six people who used to work at the No Bad Day Café have a good day, Blackstone remarks.

Many more may have to follow Novak's lead and find something they can do themselves - even though launching her catering business has been daunting, especially since she's doing it on her own. "It's just really frightening."

But Novak says giving up is no answer.