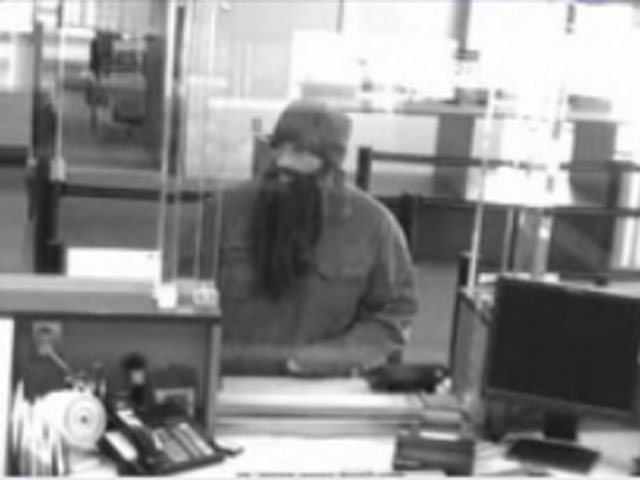 (CBS/KYW) WILMINGTON, Del. - Have you seen this "bearded" man?

Police say the male suspect entered the first bank just before 2:45 p.m., approached the bank teller and displayed a note demanding money. The teller did not comply and the suspect fled the bank on foot.

In the second incident, the suspect entered a bank minutes later. Police say the man again approached the teller and demanded money by displaying a note. This time the teller complied with his request and turned over an undisclosed amount of cash.

The suspect then fled on foot towards the rear of the shopping center.

There were no injuries in either incident.

Police are looking for a white male, between the ages of 25 and 30, standing about 6 feet tall and weighing about 150-170 lbs. Police say the suspect has an average build and was last seen wearing an army green jacket, blue jeans, dark ski cap, and that long fake beard.