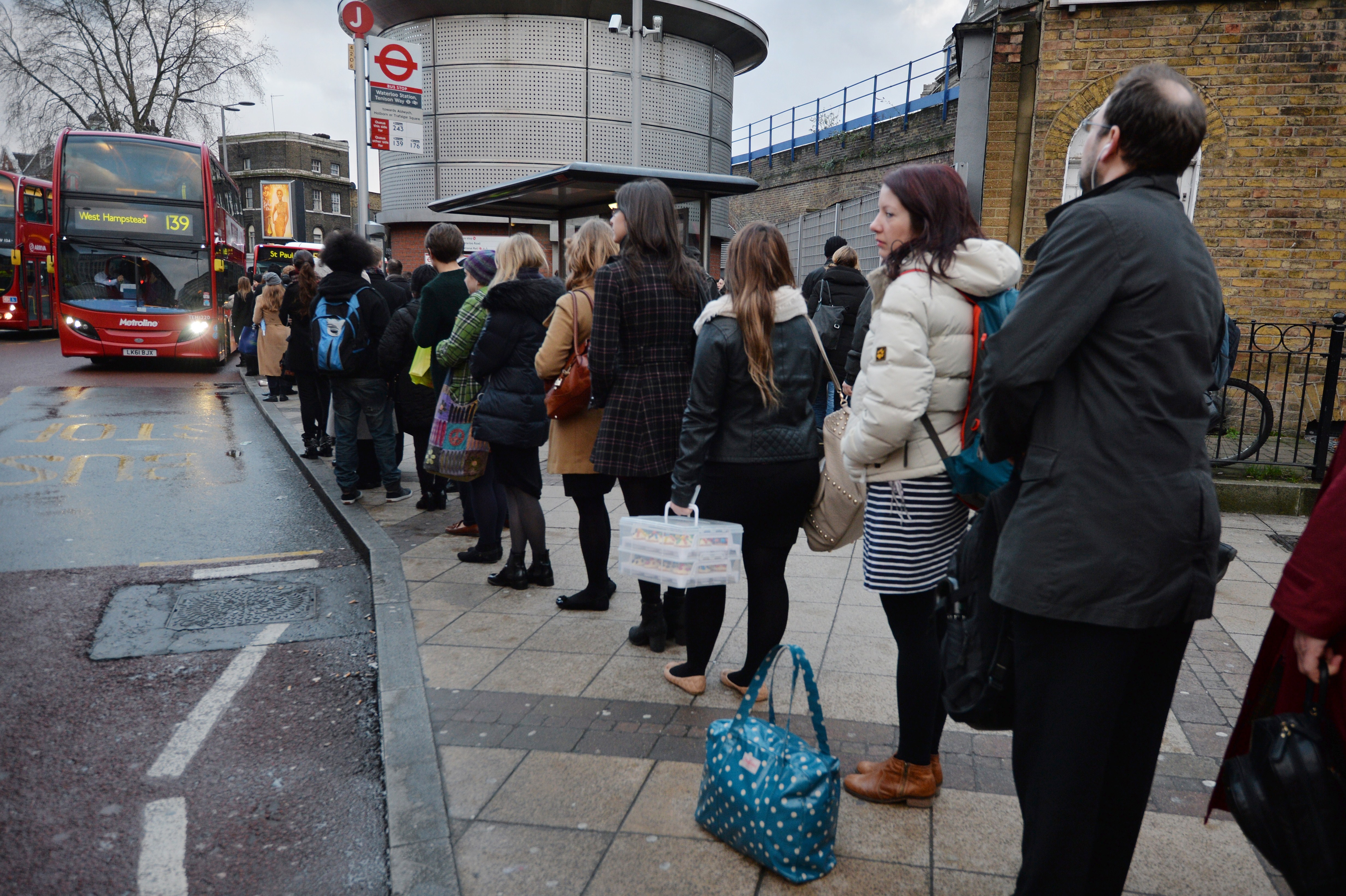 LONDON -- Millions of Londoners were caught up in commuting chaos on Wednesday, as Underground workers began the first in a series of strikes that Prime Minister David Cameron branded as “shameful.”

London's Underground rail drivers plan to stay out for two days this week and another two next week, in a row over job cuts and modernization. The action has brought new calls to curtail the rights of unions to strike in key infrastructure areas.

Some three million people use the Tube system most days. Only a lucky few could cram themselves on the handful of trains that were running on Wednesday.

Cameron said on his official Twitter feed that the strike was “shameful, bringing misery to millions of Londoners.”

Speaking later in parliament, he added: “I unreservedly condemn this strike. There is absolutely no justification for a strike. We need a modernized tube line working for the millions of Londoners who use it every day.”

Police were out in force at major rail stations to keep order in the long lines that began building up at bus stops shortly after dawn. Even so, there were reports of jostling as tempers frayed.

Thousands of workers took to the roads on bikes. Boat services along the River Thames were running extra trips. The more athletic used the strike as a chance to run to work from the suburbs.

Fund manager Richard Marwood was among them. “To be honest, running to work is something I like to do most weeks anyway, but travelling under your own steam is particularly handy in circumstances like this,” he told Reuters.

Lauren Sweeney, 26, a legal PA, said getting to her office would take her an extra 30 minutes, on top of her usual one-hour journey. She lives in Hornchurch, in east London, and works near Liverpool Street in the City of London.

“It's a hassle,” she said. “Everyone has been talking about how they are going to get in to work for days.”

The National Union of Rail, Maritime and Transport workers (RMT) and the Transport Salaried Staffs' Association (TSSA) unions called the strike to protest against job losses and plans to close manned ticket offices as part of the modernization of the 151-year-old network. A second 48-hour strike is planned for Feb. 11 to Feb. 14.

RMT leader Crow said the strike was “rock solid” and had reduced the network to a skeleton service. The TSSA said service had been reduced by 70 percent.

“That is simply a reflection of the staff anger at attempts to bulldoze through cuts to jobs, services and safety which would reduce the tube to a dangerous, hollowed-out shell,” Crow said in a statement.

He added that the unions remained available for talks with Mayor Johnson to resolve the dispute.

Johnson -- who has accused the unions of “holding a gun to the heads of Londoners” -- said he respected the rights of the trade unions to represent their workers, but the modernization plans had to go ahead.

Based on figures from previous strikes in 2010, the business lobby said the two 48-hour strikes could cost the financial capital over 200 million pounds ($326 million).

Turnout at the vote for the strike was only 30 percent, according to Transport for London (TfL), the body that runs the network. Johnson has said he favors new rules permitting strikes only if at least 50 percent of a union's members take part in the voting.

Cameron's spokesman said the Conservatives, the larger party in Britain's coalition government, were considering putting unspecified but related measures in their manifesto for the next election in 2015.

“They are actively looking at this area with a view to the next Conservative manifesto,” the spokesman added.