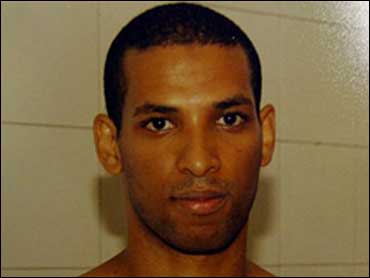 Police in northern Italy Sunday arrested another brother of the London bombings suspect jailed in Rome, on charges of destroying documents sought by investigators, the Italian news agency ANSA reported.

ANSA said Fati Issac, a brother of Osman Hussain, had been interrogated for hours by anti-terrorism police in a police station in Brescia, a northern industrial city.

Police in Brescia said they weren't authorized to talk about the report, saying the issue was now in the hands of local prosecutors, who weren't answering their phones.

On Friday, Italian police arrested Osman Hussain, whom they described as the fourth bomber sought by Britain in the botched bombings of three trains and a bus on July 21. They also arrested a brother, in whose Rome apartment Hussain was found after an international manhunt.

Italian media identified that brother as Remzi Isaac. It was not immediately clear why the last names were spelled differently. Newspapers said Hussain's real name was Hamdi Isaac.

The same reports have said that Hussain changed his family name several years ago when he applied for asylum and citizenship from Britain. Hussain is Ethiopian-born.

Hussain admitted Saturday to a role in the attack but said it was only intended to be an attention-grabbing strike, not a deadly one, a legal expert familiar with the investigation said.

Hussain told interrogators he wasn't carrying enough explosives even to "harm people nearby," the expert told The Associated Press. The expert spoke on condition of anonymity, citing the ongoing investigation, which under Italian law must remain secret.

Hussain, 27, one of four suspected bombers in the July 21 attacks, is suspected of trying to bomb the Shepherd's Bush subway station in west London, two weeks after the four deadly attacks on the city's transit system that killed 56 people, including the four suicide bombers.

Hussain was arrested Friday in Rome at his brother's apartment after police traced calls he made from a cell phone as he traveled across Europe.

CBS News Correspondent Elizabeth Palmer reports that police would have had a more difficult time catching Hussain had he exhibited the traits of a "hardened terrorist."

"The panic was evidenced by the behavior," said intelligence expert Bob Ayers, referring to Hussain's use of his cell phone to call his brother.

Palmer reports that investigators still face a troubling question: How did Hussain — whose picture was everywhere — manage to just get on a train and slip out of a country on full alert?

Hussain was calm and coherent at a hearing in a Rome prison Saturday, but doesn't consider himself a terrorist and may be gearing up to fight his extradition to Britain, his court-court appointed lawyer, Antonietta Sonnessa, said.

Grilled by a pair of Italy's top anti-terrorism prosecutors, Hussain said that months ago in London, his chief — who he identified as "Muktar" — taught him how to assemble explosives using fertilizers and stuff explosives and timers into backpacks, the Rome daily La Repubblica said.

Hussain was referring to Muktar Said Ibrahim, 27, one of the other bombing suspects captured Friday in a London raid, the newspaper said. Ibrahim is suspected of planting explosives on a London bus on July 21.

"Muktar urged us to be careful" La Repubblica quoted Hussain as telling his interrogators. "We didn't want to kill, just sow terror."

He also reportedly told investigators the bombers were motivated by anger over the U.S.-led war in Iraq.

Hussain also said his cell was not linked to either al Qaeda or the cell that carried out deadly bombings July 7, Italian media reported.

The lawyer described her client as "calm enough" during an initial extradition hearing at Rome's Regina Coeli prison and told AP he "probably would prefer to stay in Italy," suggesting he would fight Britain's bid to extradite him.

Opposing extradition could delay a decision on extradition, a process which can take weeks or months.

Sonnessa said no formal charges were lodged but "certain things are being said, certain accusations are being raised."

"He doesn't consider himself a terrorist," Sonnessa told Italian TV. Asked about what line he took when interrogated, she declined to be specific, but said: "He defended himself with extreme calm, coherence."

Interior Minister Giuseppe Pisanu, briefing lawmakers, said Hussain counted on an extensive network from the Horn of Africa in Italy to protect him in his flight from London, through Paris and to Rome.

"During the investigation, it has been possible to pinpoint an extensive network of subjects from the Eritrean and Ethiopian communities in Italy considered to have played a role in covering for the fugitive," the minister said.

Top anti-terrorism investigators have said for years that Italy is a logistics base for international terrorists, including in providing false documents to help travel.

Police in Milan, while hunting down suspected accomplices in Hussain's flight, raided a center which was producing false documents, Pisanu said. Investigators were studying the seized material.

Police fanned out across Italy on the trail of Hussain's contacts Saturday. More than a dozen searches were launched in cities from north to south, including Venice and the port city Salerno, Pisanu said.

Pisanu said Hussain's flight from London began on Tuesday, July 26, at Waterloo Station, the main London terminal for Eurostar that carries passengers from Britain to mainland Europe via the Channel Tunnel.

A cell phone apparently used by Hussain was active in Paris on Wednesday, then its signal disappeared, Corriere della Sera reported. The signal next appeared on Thursday in the vicinity of Milan's train station, it said.

"We are facing a grave threat which must be dealt with all means of prevention and crackdown that we have," Pisanu told the Chamber of Deputies shortly before it approved a government decree tightening anti-terrorism measures.

Investigators were checking out what Hussain intended to do while in Italy. Corriere said he told his interrogators he had no intentions of carrying out attacks, and investigators said nothing discovered so far indicated otherwise, the paper said.