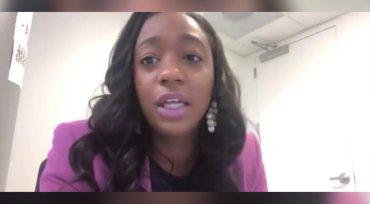 A Tennessee Democrat newly elected to the House of Representatives has said the state is racist and most residents who voted Republican are uneducated. CBS-affiliated WREG-TV reports London Lamar said the comments in a now-deleted Facebook video posted following last week's election. Lamar, a black woman, ran uncontested in the state's House District 91 and will take office in January.

The station reports some constituents found her comments troubling, and Lamar issued an apology Monday, saying "we want to make sure we don't over-generalize groups of people." But she says race did play a role in the election. She says many who voted Republican in this election based their votes "on racially-charged rhetoric" that's coming from the White House.

"Tennessee's racist. Period. Period. Like, Tennessee is racist," Lamar said in the video.

She also said: "Most of the Tennesseeans who voted Republican are uneducated."

WREG asked Lamar is she still felt "Tennessee is racist."

"I think Tennessee is very polarized and I think that we need to continue to have conversations about how Tennessee can work on behalf of everybody," she said.