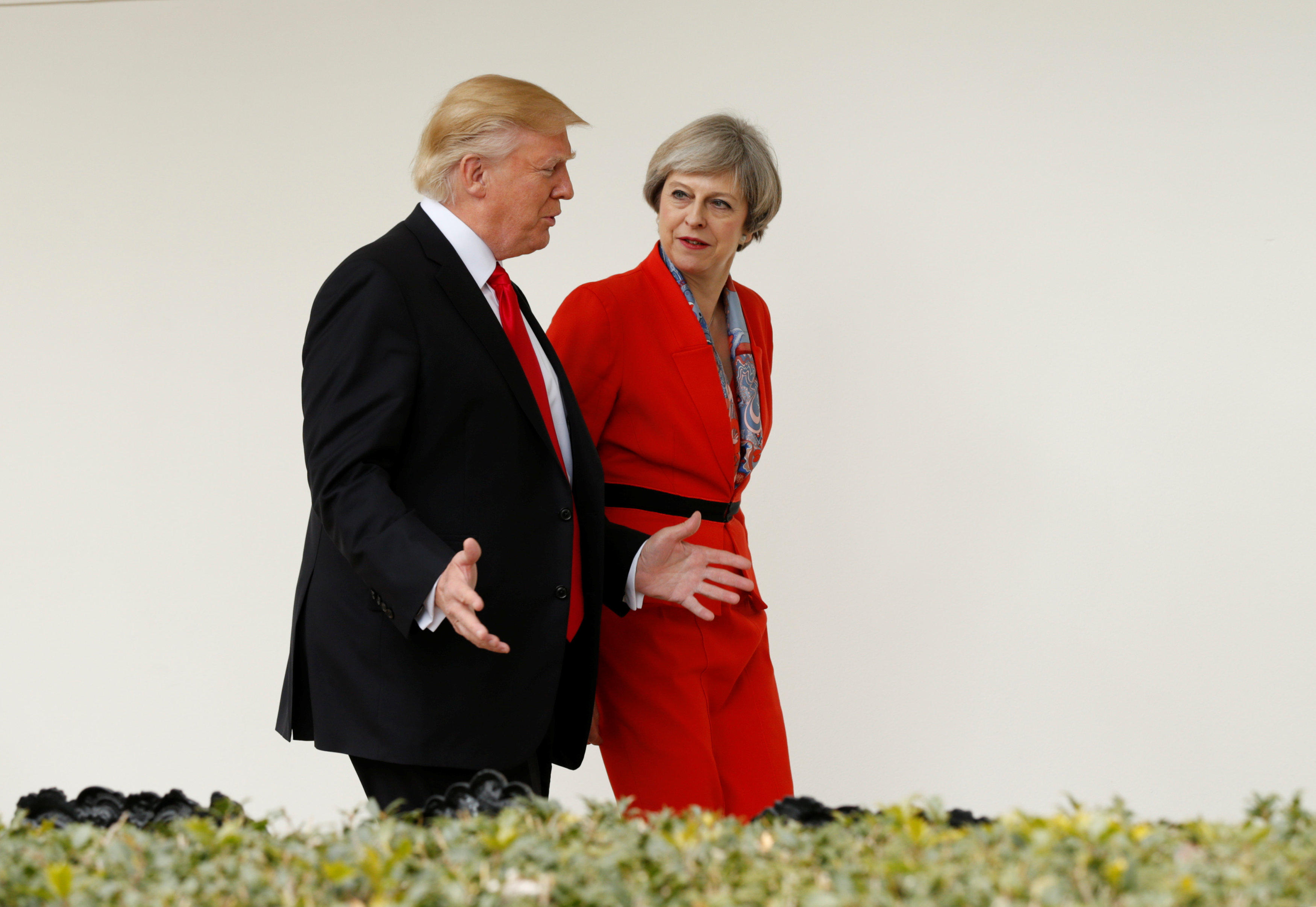 President Trump says he's called off his trip to London, which was expected early this year. In a tweet, he blamed the Obama administration.

He  cited the imminent relocation of the U.S. Embassy as the reason he canceled his visit, tweeting early Friday morning, "Reason I canceled my trip to London is that I am not a big fan of the Obama Administration having sold perhaps the best located and finest embassy in London for 'peanuts,' only to build a new one in an off location for 1.2 billion dollars. Bad deal. Wanted me to cut ribbon-NO!"

However, the Reuters news agency points out that the embassy website "showed that the decision to move the location was taken months before Barack Obama took office in January 2009. The U.S. Embassy & Consulates in the UK said in October 2008  the embassy would be relocated for security reasons."

A short time before the president's tweet, White House Press Secretary Sarah Sanders had disputed a report in the British newspaper the Daily Mail that the trip had been scrapped. Sanders said, "The invitation was made [by U.K.] and we accepted. We are still finalizing dates for the state visit." She didn't specify exactly when the trip was to take place, and it hadn't been announced in the United States. Mr. Trump is the first person in the White House to publicly say the trip has been canceled.

British Prime Minister Theresa May first invited Mr. Trump last year. May was the first foreign leader to visit him after he became president. Media reports suggested that his visit was tentatively planned to take place in February, around the opening of the new embassy.

Some British lawmakers had questioned whether the president would be welcome in London because of previous tweets and criticism of Muslims and his sniping at London Mayor Sadiq Khan in the aftermath of a terror attack in that city last year.

Reuters notes that, "The United States is leaving behind an imposing 1960 stone and concrete embassy in London's (upscale) Grosvenor Square. ... The new embassy ... is a veritable fortress set back at least 100 feet from surrounding buildings - mostly newly-erected high-rise residential blocks - and incorporating living quarters for the U.S. Marines permanently stationed inside."